The title tells the story. Taken in CoochBehar, these two migratory birds are often seen in this season numerously. I went there to capture some moments of them in building nest or feeding, rather got a rare moment seems to be engaged in some discussion…fascinating in fact. 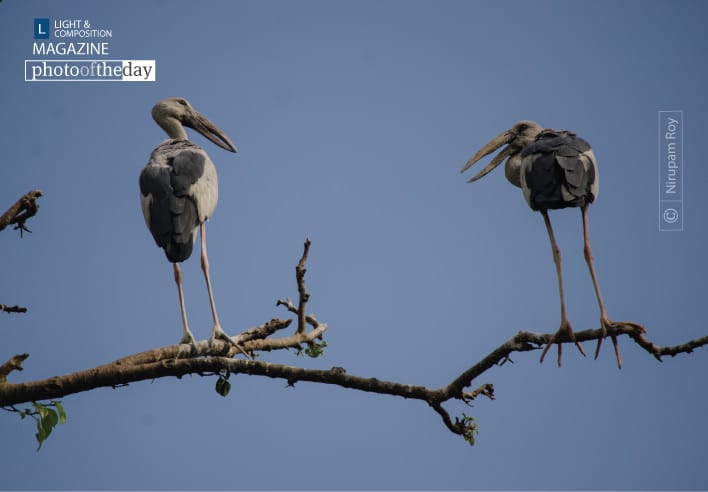 Pulling in Symmetry, by Nirupam Roy

Birds on the Lake by Zahra Vatan Parast

Subscribe Now
I See You! by Saniar Rahman Rahul

The Last Journey, by Avishek Das
Scroll to top wpDiscuz