In the mountains of Austria, not too far from the German border, lie a series of sky resorts one of which is the cute little town of Ellmau. My family and I were on holiday there last winter. For us coming from South Africa was quite unusual. On a day when I decided to sky on own, there were lots of opportunity to take pictures especially while the sky was covered which meant the light would be more than adequate for decent outdoor pics. This particular one was taken at the top of one of the big slopes which exposed a stunning view of the valley behind Ellmau. I was lucky enough to have been there along with some mist, snowy mountains and beautiful clouds. 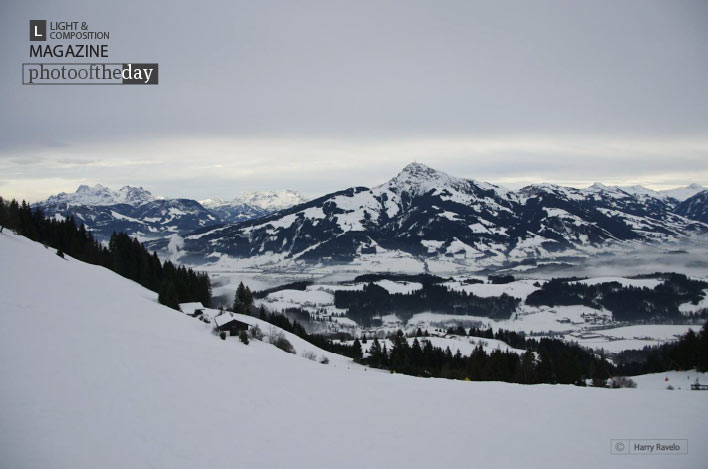 Photographer: Harry Ravelo (Cape Town, South Africa) Registered
Harry is a creative soul, working in the best industry in the world (animation), living in one of the most beautiful cities in the world (Cape Town, South Africa) and coming from one of the most untapped places still around (Madagascar). After attending his Media studies in Johannesburg, South Africa he started working in the Design and TV industries as graphics designer first and then video editor. He then started his own studio directing a bunch of talented individuals to make TV ads, animated shows and corporate work. In 2006 he started working with the Canada based software developer, Toon Boom Animation, to help develop and build the animation industry in Africa. He is now taking care of the Africa, the Middle East and India for Toon Boom as a consultant and sales director. Photography has always been a passion of his, while ravel has brought about a ton of interesting photographic opportunities.