The word ‘Sareen’ is new to me. It is a traditional way of fishing, which I came into contact with in my last tour to Digha on the coast of Bay Of Bengal in West Bengal. It is a fantastic work of the fishermen, who by boat go to the sea and place the net there in a triangle shape. After some hours they pull the net slowly to the beach with fishes. It is a complete team work and the team consists of more than 20 people. I took this shot in the Udaypur sea beach at approximately 5.15 a.m. 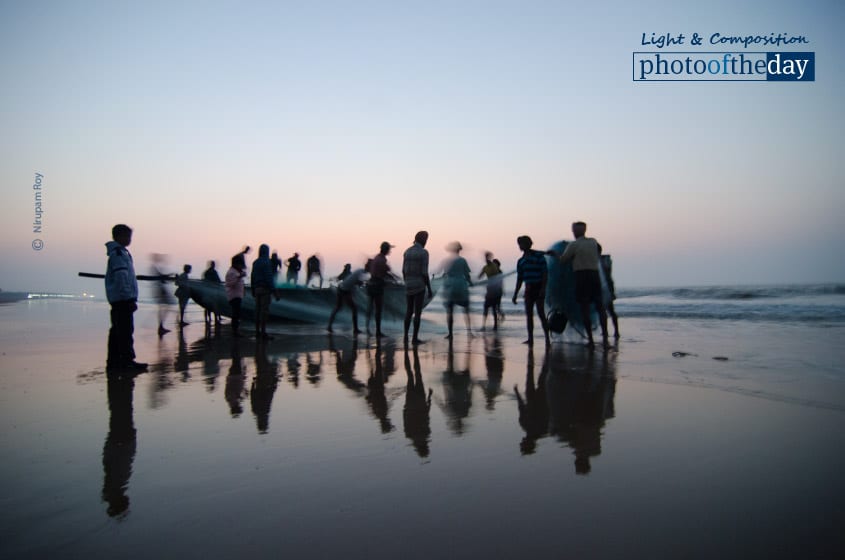 Diya and Rangoli, by Munish Singla

(c) Light & Composition A Man from Pune by Ryszard Wierzbicki

Its Resting Time, by Sarin Soman

A Street Photograph in India, by Kristian Bertel