For the first time in New York, for the first time in Times Square! Scenario known by so many movies shot here, but nothing compares to being there live and in color! And what colors! Everything illuminated and moving! The yellow taxi makes up the portrait of New York City that does not sleep. 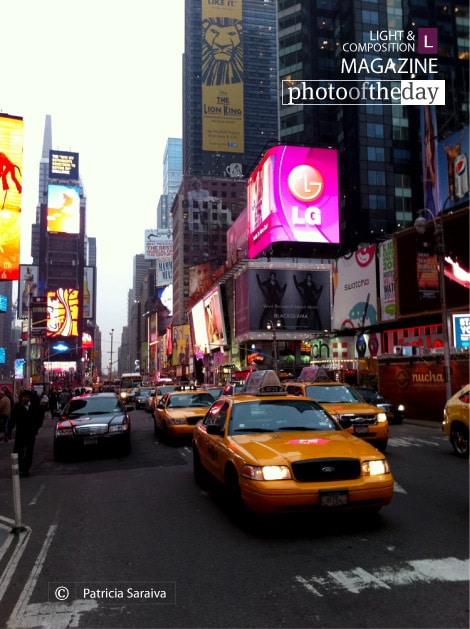 Through the Gate View, by Ryszard Wierzbicki

Subscribe Now
Drops on the Leaf, by Avi Chatterjee