Prior to U-turn seconds after takeoff, and direct the airplane towards Houston, TX; hereby, a colorful and clean view of San Diego, California from seat 4A in the Boeing 737-800 of United Airlines flight number 1074, around 1000 feet above sea level on 8/7/2013. When you fly, this is one of the perks you receive! 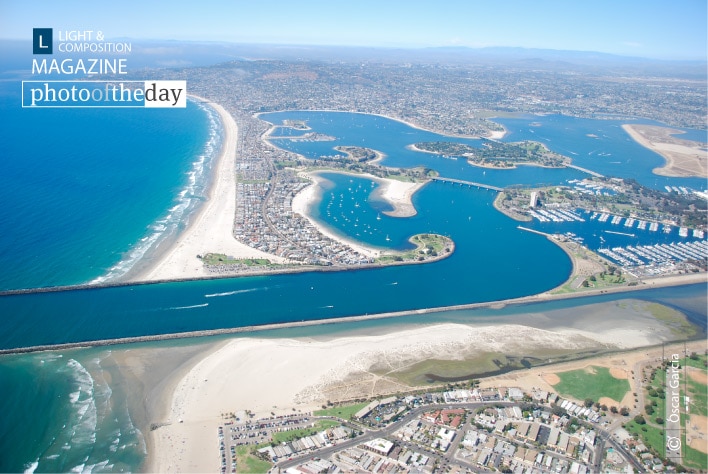 Tin, Light, and the Window, by Ronnie Glover

The Thinker by Jose Juniel Rivera-Negron

Fire in the Desert, by Steve Hirsch

Subscribe Now
The Return to Emerald City, by Arnold Chan