I took helicopter flight with my friends during our visit to Dominican Republic in November, 2004. At that time I used one of first digital cameras from hp (PhotoSmart series) with very basic operations. The flight gave possibility to see nice aerial views onto ocean coast line and surrounding. It was a few days after tunderstorm hit the coast, and one can see lots of debris on the sand. Due to relatively short length of flight (only 10 minutes) and high speed, we didn’t have time to make perfect exposition and compose frame, I had only one chance to make shot and next second we were away from that place. This shot was really nice to capture white waves and coast line with palm-trees. 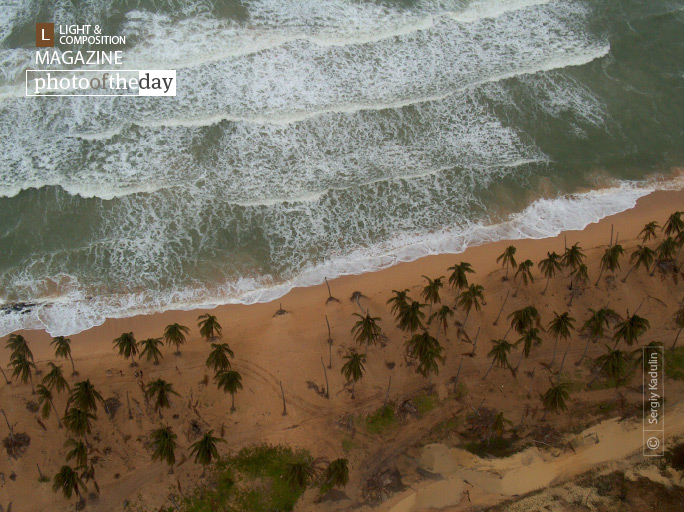 Riding Into the Sunset, by Jon Rendell

My Home, My Nation, by Easa Shamih

All credits go to Her Majesty Earth :)