This was taken at a famous place “Rasik Bil,” about 12-15km far from my home. This place is known for its vast water land, and the innumerable species of fishes. To tell you the truth, my intension was photographing Common Kingfisher, but alas! I could not find a single one. I faced such type of frustration several times, and learned that we have no control over nature. Native plowmen were busy over there as the set fire on the weeds that they had removed from their cultivated lands. Suddenly I found a local boy walking with a small kid on his back amidst the smoke rising from the fire. I turned my camera on them and clicked. Later I asked the boy about such daring stuff, he answered that the little kid was his only sister and he was just taking her home as there were fire everywhere. I left the place with deep satisfaction as I have just met a savior. 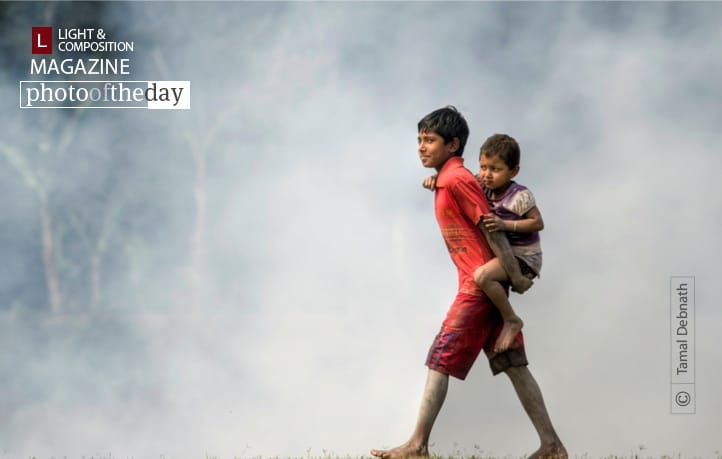 Photographer: Tamal Debnath (Cooch behar, West bengal, India) Registered
Tamal Debnath is a School Teacher in English Language. He is 28, and an amateur photographer. He has a deep love for photography. Though he started photography in 2008 with Nikon D40, he always try to learn by observing others’ works. To him, each and every day his camera teaches him new lessons. His camera is his best companion and he believes it will be for ever.

Bones and Jaws, by Ryszard Wierzbicki

Half Chapati by Lavi Dhurve

For Another Day, for Another Life
Scroll to top wpDiscuz