Bee Eaters are commonly found in Africa, Asia and Southern Europe, but due to the climate change, they now can even be found in the warmer regions of Austria – like at the Neusiedlersee region, south of Vienna. As their name indicates, bee eater live on insects which they catch right off the air, which makes them funny and fascinating to watch, but hard to photograph. 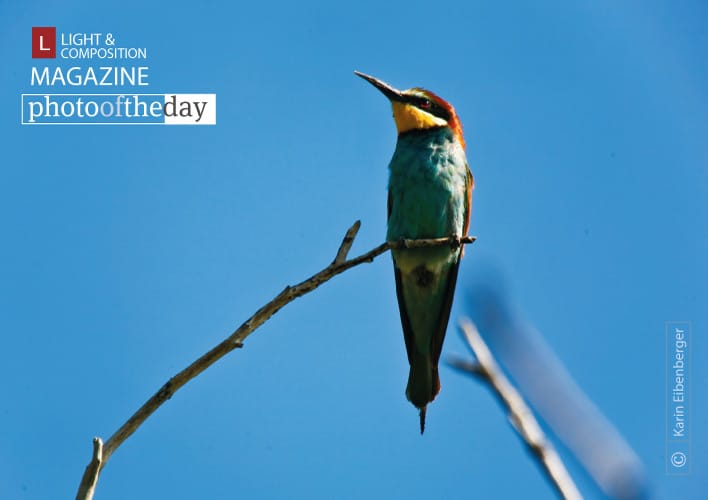 Photographer: Karin Eibenberger ( Waidhofen, Austria / Baltimore, MD, USA ) Karin Eibenberger (28) was born and raised in Waidhofen/Ybbs, Lower Austria. She has a Master’s Degree in Scandinavian and German literature and worked as freelance translator, tour and exhibition guide before she started her second career as Biomedical Engineer. Karin currently lives in Baltimore, US, where she works as research associate and Master Student at the Johns Hopkins University School of Medicine.

Take Off, by Nazmul Shanji

I Love Autumn, by Michaela Sibi