A street snapshot taken at the side of a junction near Daan Park in Taipei City, Taiwan, where there is a big circle in the ground. An old man with a mask covering his face, passed by another man inside the circle. In Taipei, people always use a mask if they caught flu and usually they seems to avoid other people because they don’t want to infect others. 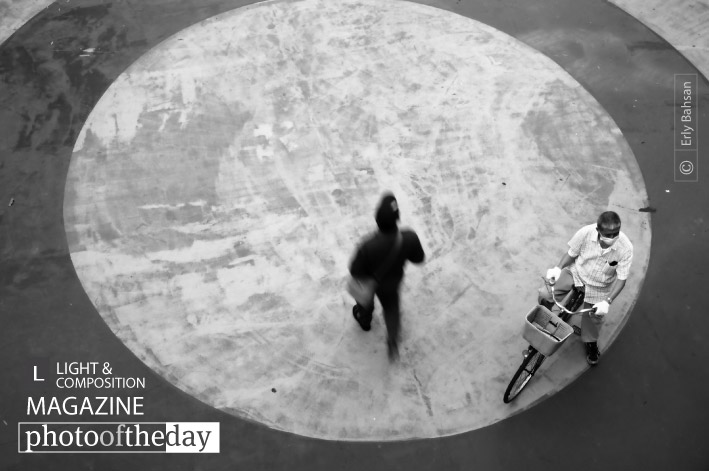 Photographer: Erly Bahsan (Taipei City, Taiwan)
Erly Bahsan is originally from Bogor, Indonesia. Currently he lives in Taipei, Taiwan to pursue a PhD in Geotechnical Engineering. He loves to take candid and street photos because those images are very honest and show the real expressions, especially if they come in black and white. As a street photographer, he always learns how to become invisible and to be able to merge in the crowd, in order to catch the soul and the spirit of the street. He loves traveling and has a dream to go around the world and to take street photos in every visited town.