This shot was taken at Junput, East Midnapore, West Bengal, India. Generally I consider myself as a travel photographer. Loved to capture human emotions, their life sketch & their surroundings. This shot has been taken in the early morning light when the fishermen was trying to capture some fish to sell in market by their fishing net… beside that I found them in a different point of view and that is the main magic behind the scene. I found them like dancing in a rhythm and trying to capture the sun rays instead of fish. 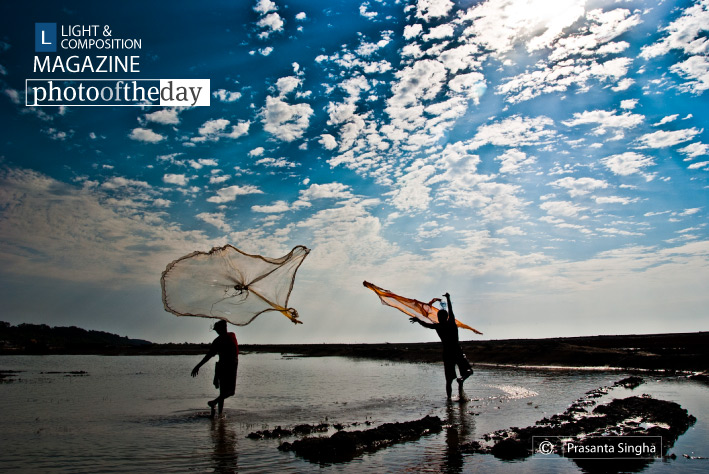 Photographer: Prasanta Singha (Kolkata, INDIA) Registered
Prasanta Singha consider himself as a travel photographer. He loves to depict the life of inhabitants & portrait of the people and also loves to capture their surroundings. He loves photography as he feels the passion in my blood flowing all the time from the heart to my brain. He has a hope that one day he would be able to contribute at least a little to the magical world of Photography.
Flickr: http://www.flickr.com/photos/prasantaphotography
Facebook: http://www.facebook.com/prasantaphotography

Out of Syllabus, by Nirupam Roy

A Butterfly of Raimatang, by Nirupam Roy

Subscribe Now
Symbol of a Tradition, by Hirak Ghosh

A Moment in Time, by Zabeeh Afaque
Scroll to top wpDiscuz