I used to ride bicycles. When I was in higher primary, I cycled to school. During higher schools, I cycled from our village to the main road outside where the bus stops were. The most memorable bicycle I had was given by my fifth aunt, a younger sister of my mother. It was designed for ladies. I had ridden it for many years, until our neighborhood vacated from the village. 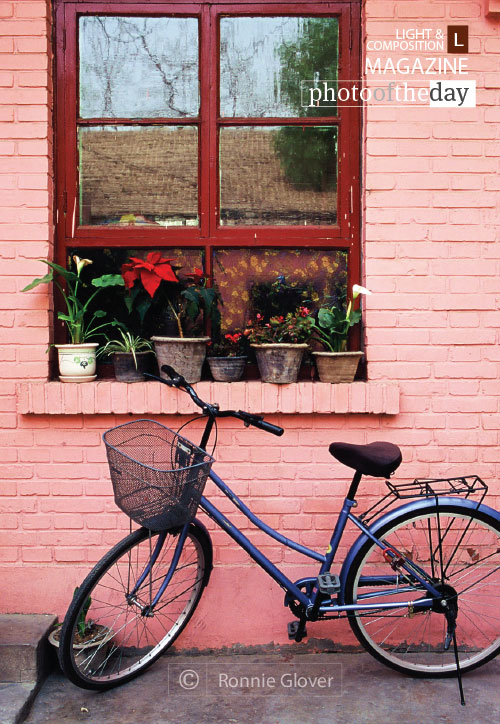 Life in the Hutong, by Ronnie Glover

This photograph taken by Ronnie Glover in a Beijing hutong has a bicycle designed for ladies. Unlike the bicycle I had, this bicycle has a basket in front. The background of this photograph is so colorful. If I had a chance, I would like to tour the hutong in Beijing as well, as I gather that many hutongs are being demolished to give way to re-development. Perhaps the building in this photograph is already gone.

Article written by: Siew Bee Lim
Inspired by: Life in the Hutong, by Ronnie Glover

Quest of the Adventure

The Heirloom Piece of the Building

The Greater Perspective of Life
Subscribe
Login
0 Comments
Inline Feedbacks
View all comments
A Glimpse of Countryside, by Anjan Patra