London is famous of its red doubledeckers. And Piccadilly, without any doubt, is one of London’s signature squares, which looks especially attractive at night: full of life, neon lights, music and night drive. I wanted to show somehow magical spirit of this place, so decided to make red color cast from the moving red buses, with the Piccadilly background. It took a while to catch two buses to form this composition, but finally I achieved it. I didn’t have tripod with me, so was using metal fence to stabilize camera. 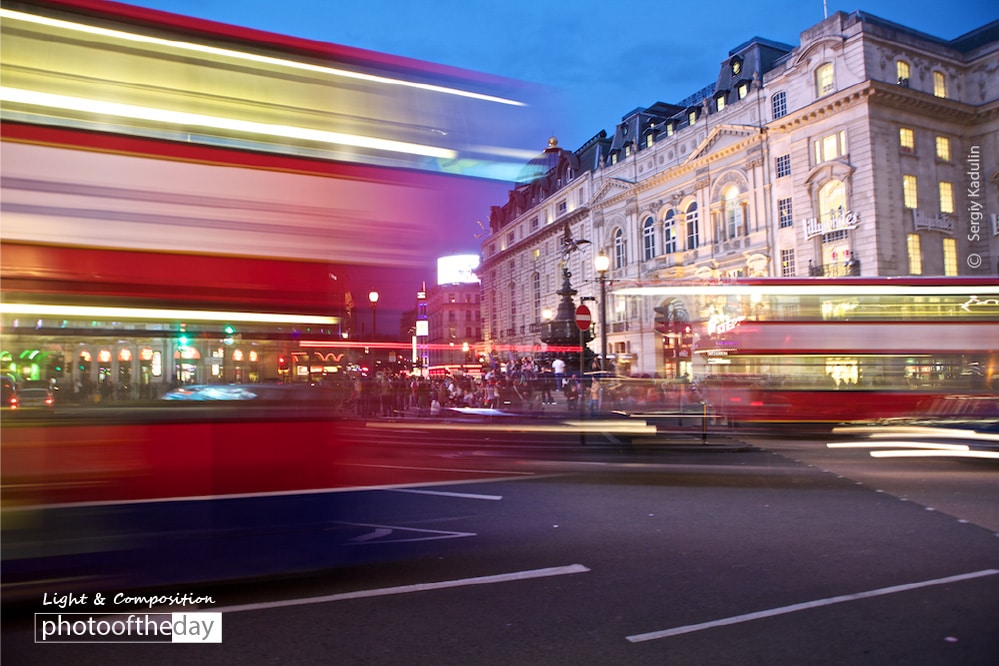 The Fair, by Sanjoy Sengupta

Enjoyment of Freedom, by Saumalya Ghosh

Court of Patriarchs, by Sergiy Kadulin