This photo is taken at a remote village called Vandar, near Udupi, India. Kambala as the sports is called, involves the best pairs of buffaloes and the fittest of farmers of the neighboring villages. They are run over a prepared muddy field/track. Some Kambalas tracks the timings and declares winners. While for some like in Vandar, its measured in the cheers that a team gets. 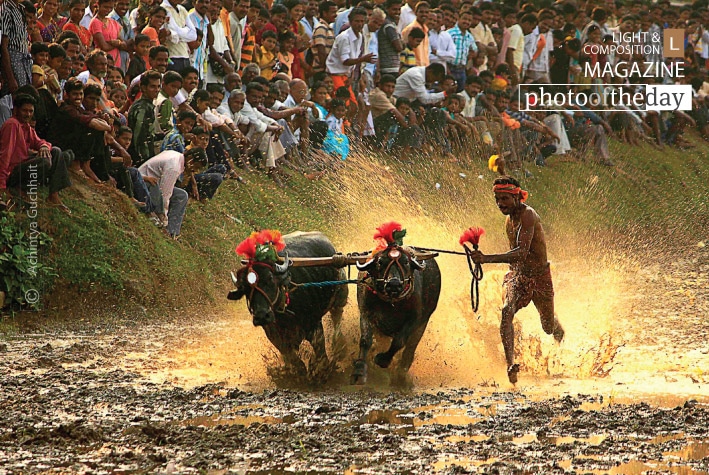 Land of Snow by Dipsankar Saha

The Reds, by Kurien Koshy Yohannan