A man repairs a woven carpet, one of the most ancient crafts in Turkey, in the Grand Bazaar in Istanbul, one of the largest and oldest covered markets in the world, with 61 covered streets and over 4,000 shops which attract between 250,000 and 400,000 visitors daily. 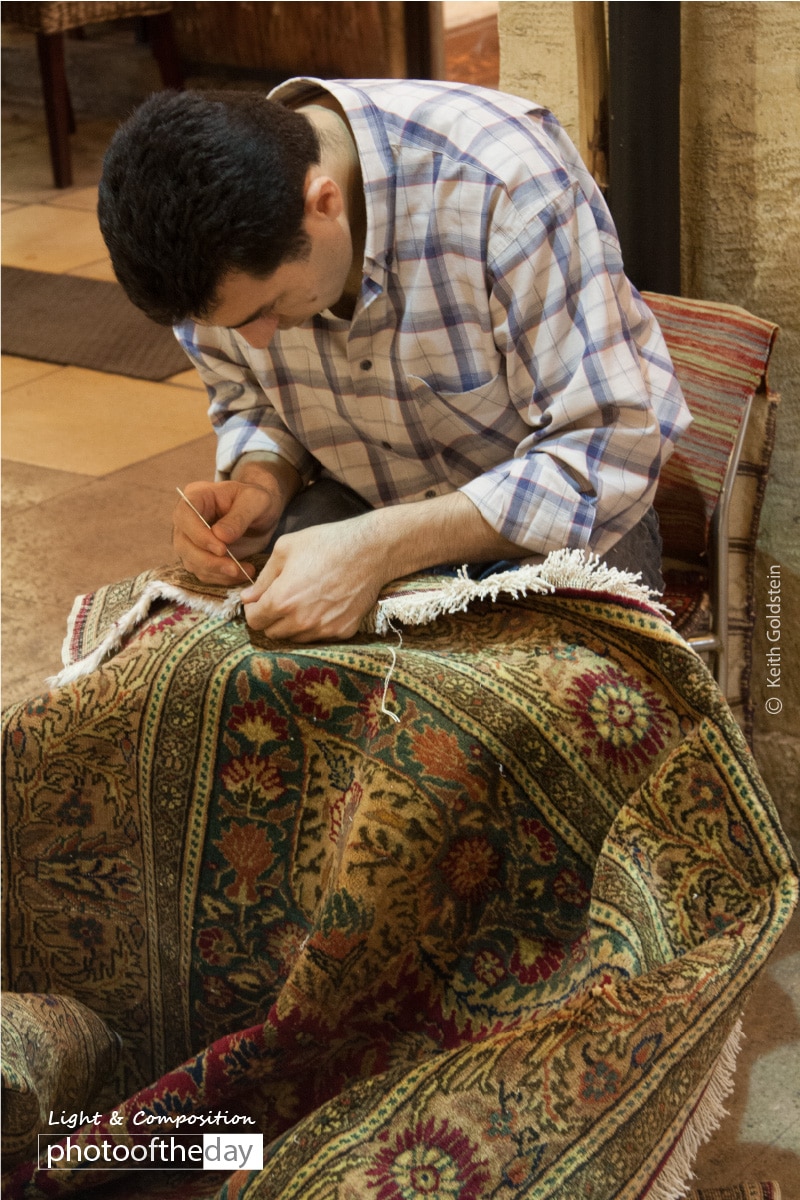 A Call to Prayer, by David Smith

(c) Light & Composition University Down the Track by Ryszard Wierzbicki