This Brown Hawk Owl became my model at Kaptai National Park, when it went out for eating insects. It is a medium-sized owl with a hawk-like shape. With large yellow eyes, its upperparts are dark brown, with a barred tail. 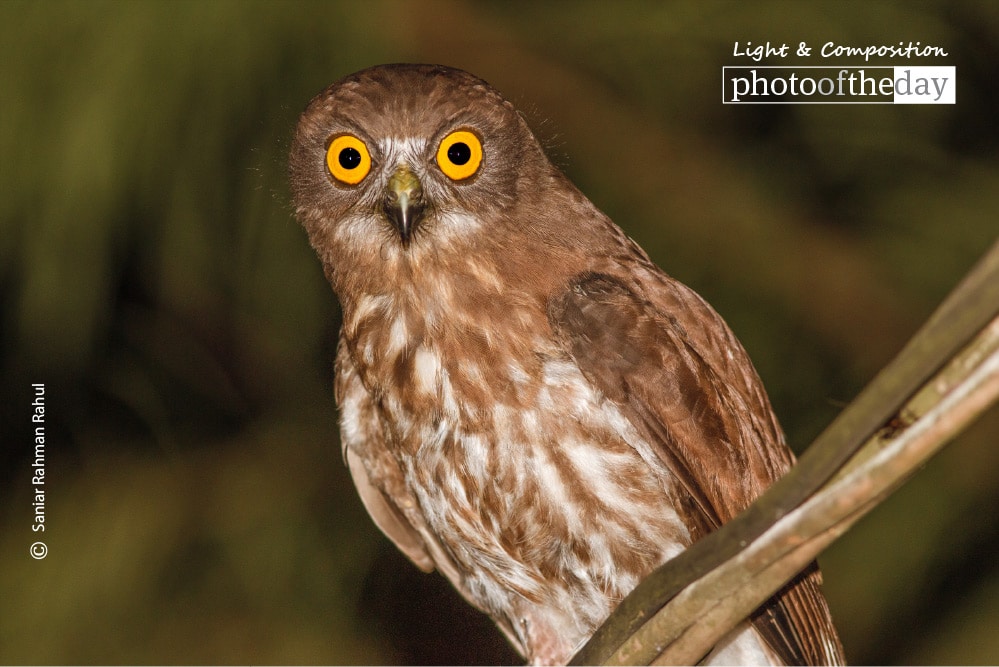 The Unnoticed Messiah, by Mostafa Monwar

The Colors of Silence, by Shahnaz Parvin