The Victoria Theatre and Concert Hall is a performing arts center in the central area of Singapore. The Victoria Theatre and Concert Hall first began as the Town Hall in 1862. In the early 1900s a second public hall was built next to it joined by a clock tower to form a larger complex. It was designed by architectural firm Swan & McLaren, and built between 1902 and 1905 as a memorial hall in honour of Queen Victoria. The complex’s two buildings and a clock tower were joined together by a common corridor, completed in 1909. The complex has since undergone a number of renovations and refurbishment. 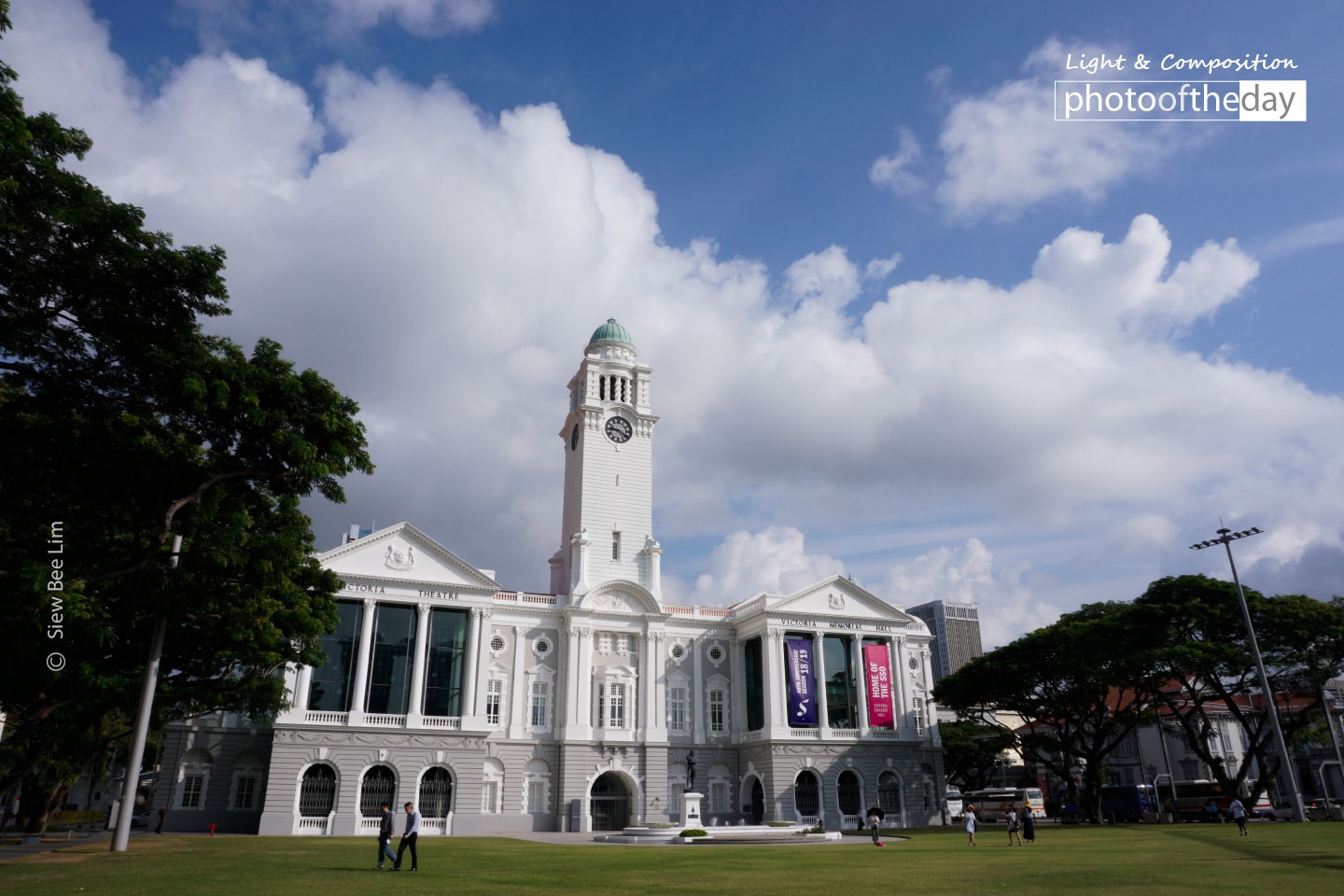 The Building of the Fullerton Hotel, by Siew Bee Lim

(c) Light & Composition The Joy of Having It All, by Jabbar Jamil
Scroll to top wpDiscuz