It was early one morning. I was on the street to photograph, and saw this worker collecting metal bars onto the carts outside a building. There were two carts when I first arrived; the other had since been moved away. He had removed his helmet, and broke briefly to use the phone. Earlier on there was another man on the site, seems his colleague. 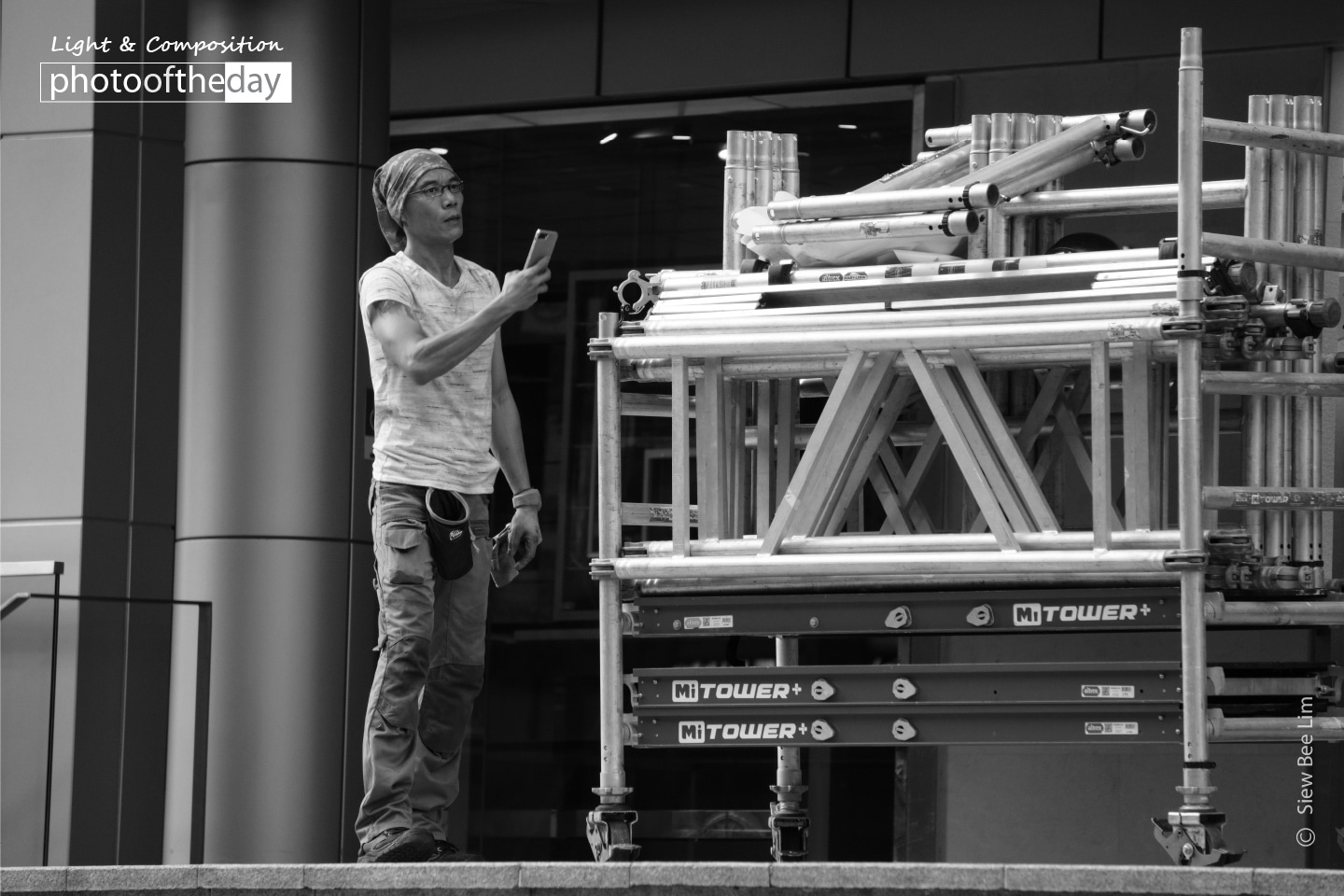 Holding onto the Values, by Afnan Naser Chowdhury