It takes around 8 hours by boat to reach Tanguar haor, a unique wetland ecosystem. On your way you can come across thousands of domestic ducks walking or running on the newly raised land. Four of us went there during winter for birding, as that’s the best time to photograph migratory birds. 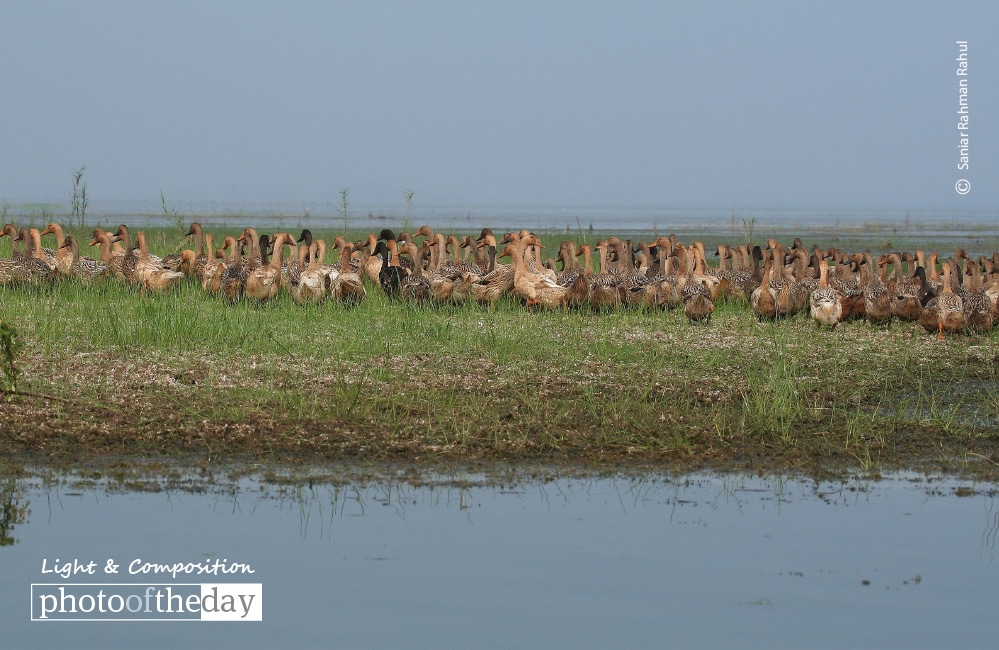