This photograph was taken in 2012 while I was visiting and exploring Bhutan. I was at an archery range that day when I chanced upon this girl drinking and holding a Coca-Cola bottle. I thought to myself “wow..is there no place it hasnt touched the world?” Other than the fact that the girl is so very cute, I had to take a shot to remember the moment. 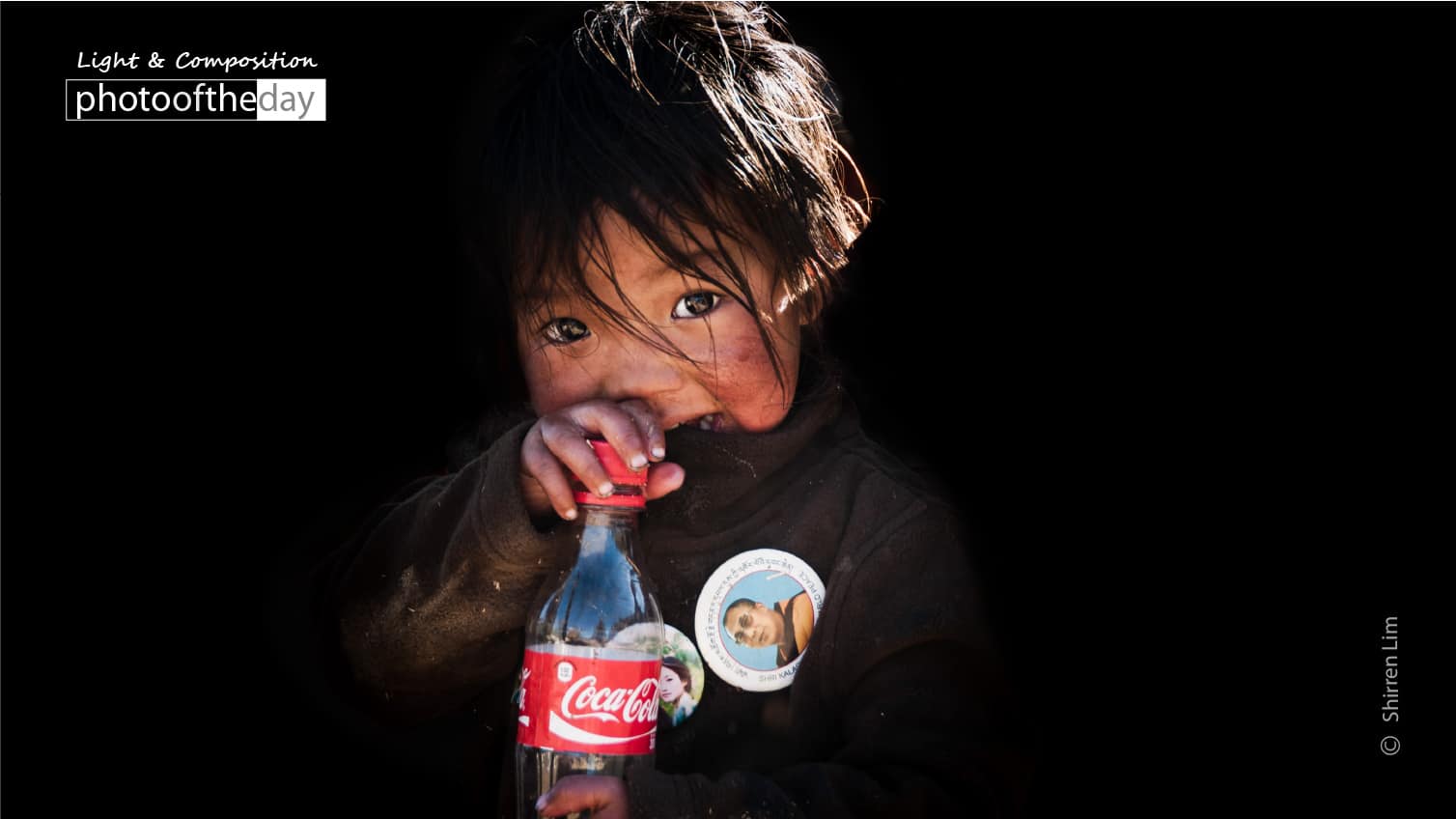 An Alimanguan Girl, by Ryszard Wierzbicki

He Came through the Rain, by Lavi Dhurve