Taken at Purbachal, an area located in between the Shitalakhya and the Balu River in the northeastern side of Dhaka, this Paddyfield Pipit is a small passerine bird in the pipit and wagtail family. It is a resident breeder in open scrub, grassland, and cultivation in Southern Asia. The Paddyfield Pipit reeds throughout the year, but mainly in the dry season. During the breeding season, it sings by repeating a note during its descent from a short fluttery flight, a few feet above the ground. 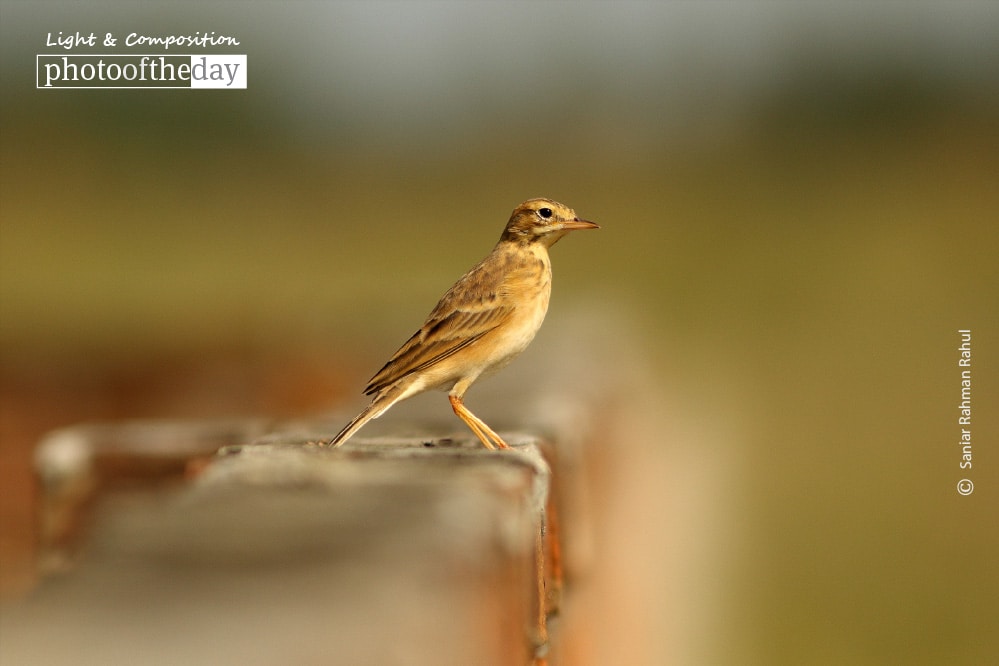 Pied King – in the Hunt, by Nirupam Roy

Searching for Fish, by Tanmoy Saha

I heard them talking, by Tanmoy Saha

Hitching a Ride, by Claudio Bacinello
Subscribe
Login
0 Comments
Inline Feedbacks
View all comments
The Girl in the Sunset, by Ryszard Wierzbicki

A Laotian Student, by Ryszard Wierzbicki
Scroll to top wpDiscuz