Taken at Baikka Beel, a wetland in the eastern part of Hail Haor, the pheasant-tailed jacana is a jacana in the family Jacanidae. They are identifiable by their wide feet and claws, which enable them to walk on floating vegetation in shallow lakes, their preferred habitat. The pheasant-tailed jacana is capable of swimming, although it usually walks on the vegetation. The females are more colourful than the males and are polyandrous. They breed in India, Southeast Asia, and Indonesia. 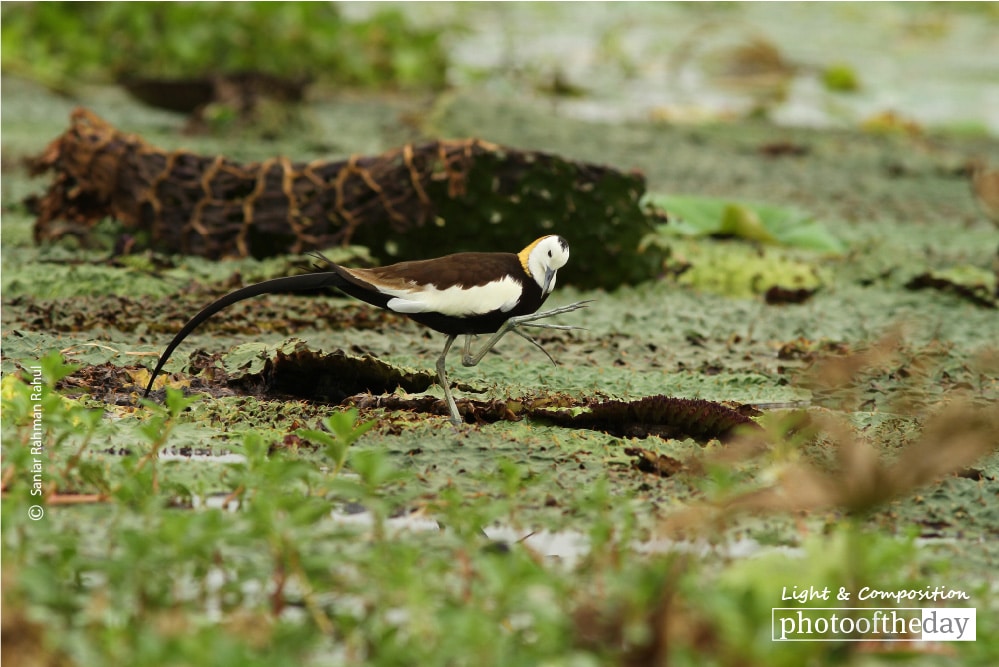 The House Crow, by Masudur Rahman

The Green Frog, by Bawar Mohammad

In a Stormy Evening, by Sagarika Roy
Scroll to top wpDiscuz