Taken at Bandarban, a district in South-Eastern Bangladesh, this little spiderhunter is a species of long-billed nectar-feeding bird in the Nectariniidae family found in the moist forests of South and Southeast Asia. Unlike typical sunbirds, males and females are very similar in plumage. They are usually seen in ones or twos and frequently make a tzeck call and are most often found near flowering plants, where they obtain nectar. 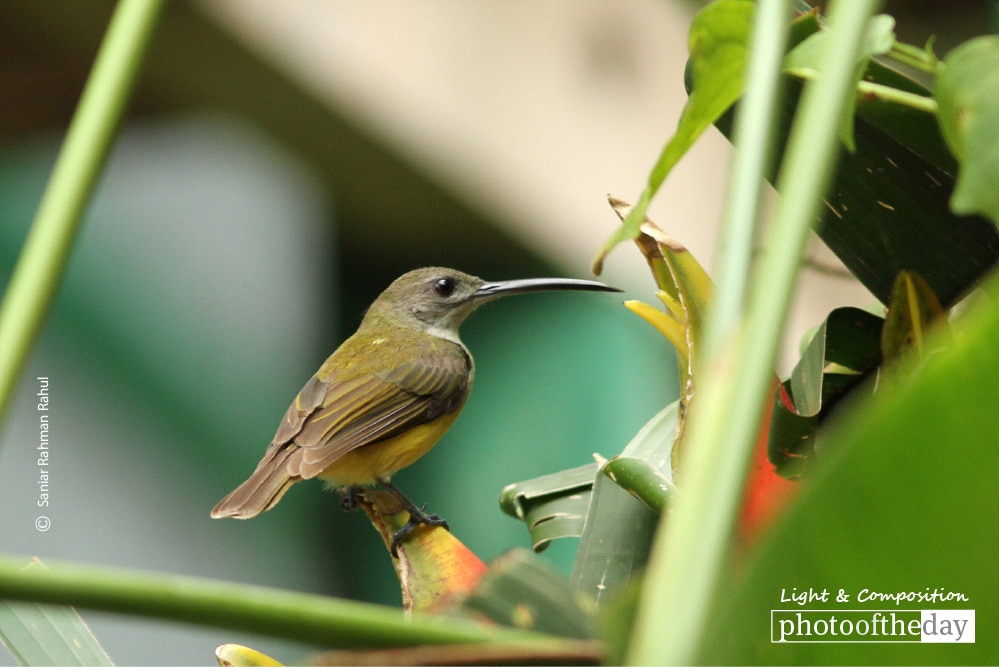 Alert All the Time, by Nirupam Roy

Standing in Between, by Ashik Masud