This photo was taken while I was on holiday in Copenhagen, Denmark a couple of years ago. While walking down the streets of Vesterbro, I took several candid photos of the street and the people on the street. This happens to be on of them. They were just 3 old men enjoying a day outside in the sun, chit chatting amongst themselves. 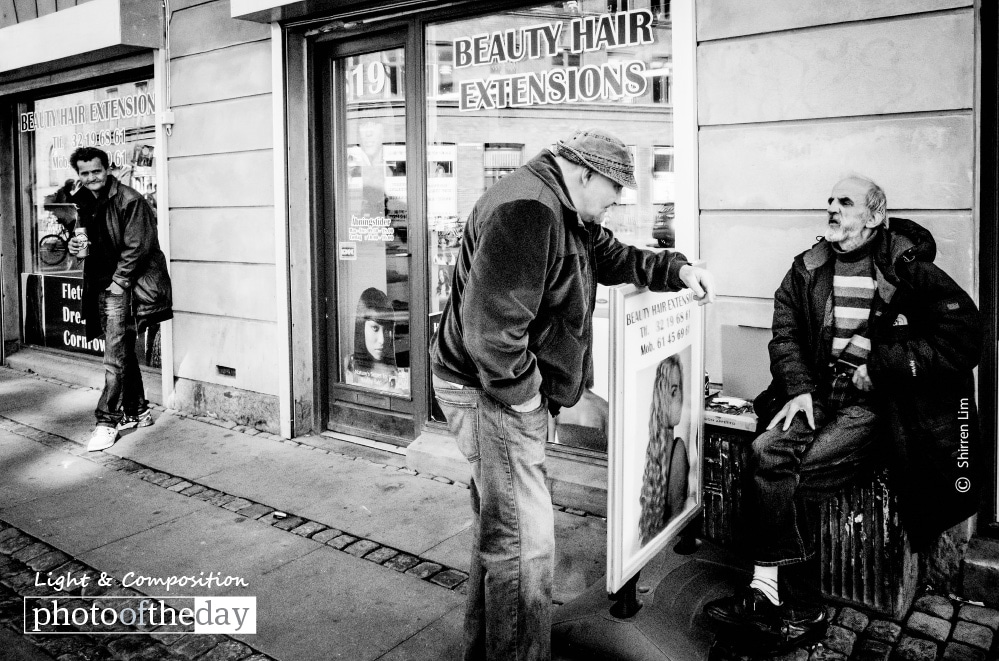 We All Have to Eat, by Stephen Chu
Scroll to top wpDiscuz