Every neighborhood is New York is being touched by gentrification these days. Still, there are vestiges of the homeless, down and outs, runaways, and a whole cadre of people who still live off of and on the street. It is hard not to walk a block and not pass someone who is panhandling. One does become immune to the sight of them at times.
I passed this one gentleman and was quite surprised by his empty cup. Maybe it was the cleanliness of his clothes. 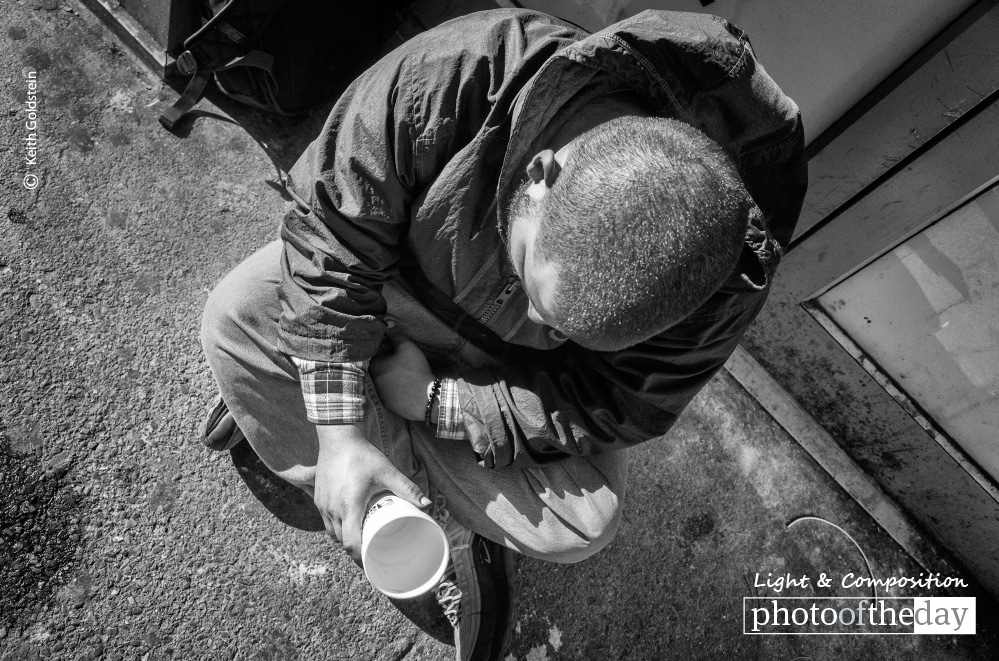 Through Her Eyes by Zara Otaifah

Valley of Grace, by Laria Saunders

Subscribe Now
A Falafel Line Up, by Bashar Alaeddin