We were on our way to the North when our tour guide spotted a group of wild horses grazing by the side of the highway. We made quick pit-stop to admire these beautiful horses against the white washed land. I crept silently up and close to this group of grazing horses and waited for one of them to look at me before taking the shot. 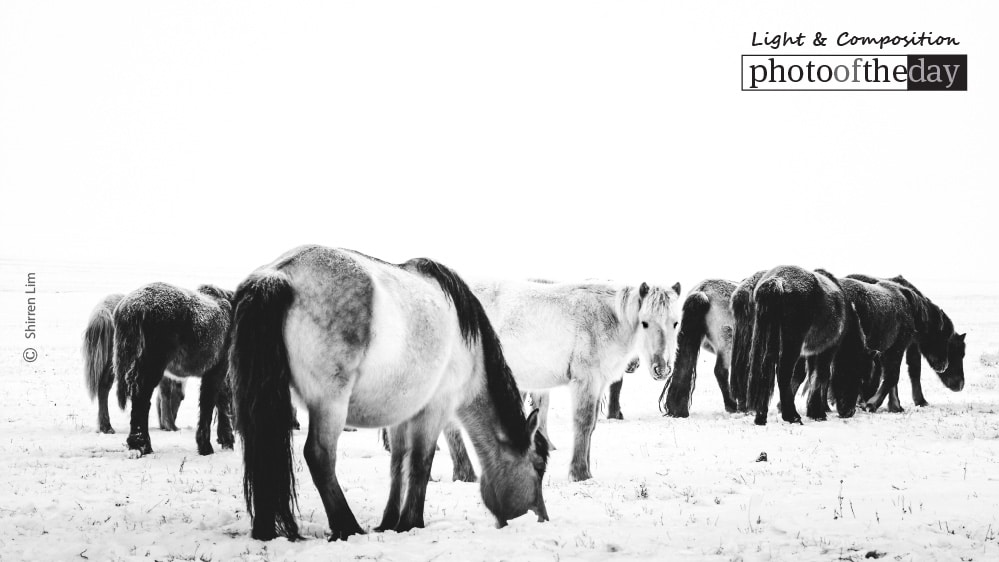 And I …, by Ryszard Wierzbicki
Scroll to top wpDiscuz