Imagine if you had to live in fear for speaking your own language. Imagine a time where you could be killed for expressing your own-self in your language. Speaking in Bangla was a dream that Bangladeshis then East Pakistanis had to live with. On the 21st of February in the year 1952 few brave men took the initiative to revolt against the mighty Pakistani government for declaring that “Urdu shall be the only state language of Pakistan”. Bangladesh is the only nation who had to fight for their rights to speak in their mother tongue. I salute the lionhearted Salam, Rafiq, Jabbar and Borkot for giving a precious present to the people of Bangla. 21st of February is observed as International Mother Language Day all over the world. Bangla also has been considered as the second state language of the African Nation, Sierra Leone. This photo was taken at Shaheed Minar, Dhaka, Bangladesh. 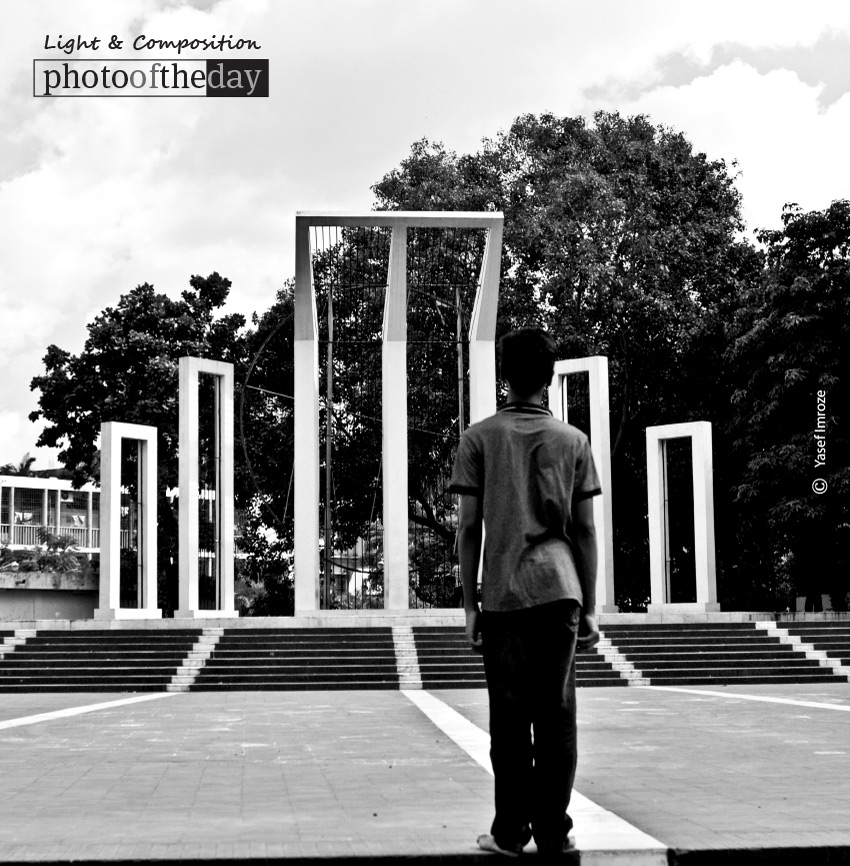 Photographer: Yasef Imroze Ifaz (Sydney, Australia) Registered
Yasef Imroze Ifaz is originally from Dhaka, Bangladesh. He has completed his Undergraduate and Post-graduate degree from Australia. He is now working in the financial services industry in Sydney, Australia. Photography is a hobby that he picked up recently. He is into close up and landscape photography, mostly. He believes, that photography has totally changed his perception towards nature. Yasef loves to portray the beauty of his country Bangladesh through his lenses. In the near future Yasef plans to travel around the world with the camera as his companion. This hobby gives him endless amount of joy!

The Woods by Mirka Krivankova

Subscribe Now
Where the Mountains Meet You, by Tisha Clinkenbeard