Taken at Purbachal, an area located in between the Shitalakhya and the Balu River in the northeastern side of Dhaka, this Common Kestrel is a bird of prey species belonging to the kestrel group of the falcon family Falconidae. When hunting, the common kestrel characteristically hovers about 10–20 m above the ground, searching for prey, either by flying into the wind or by soaring using ridge lift. Like most birds of prey, common kestrels have keen eyesight enabling them to spot small prey from a distance. 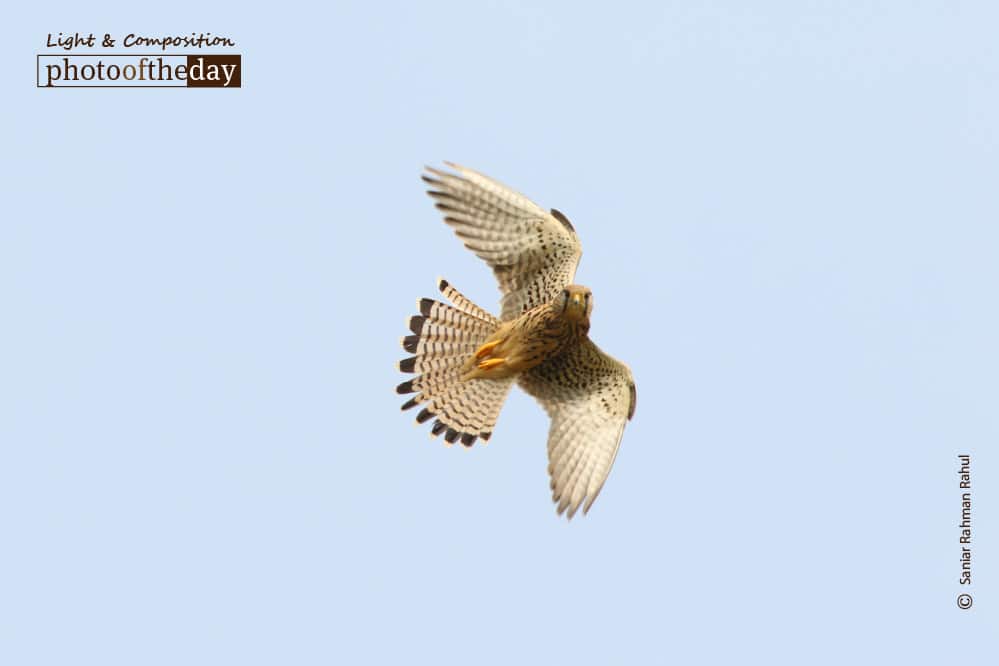 The Boatman, by Rahat Azim Chowdhury

A Monk’s Prayer, by Shirren Lim
Scroll to top wpDiscuz