Taken during the winter of 2010, from Rema-Kalenga Wildlife Sanctuary, a protected forest and wildlife sanctuary in Bangladesh, this Pied Harrier is an Asian species of bird of prey in the family of Accipitridae. It is a migratory, breeding from Amur valley in eastern Russia and north-eastern China to North Korea. Beside Bangladesh, this bird can also be found wintering in a wide area from Pakistan to Philippines. 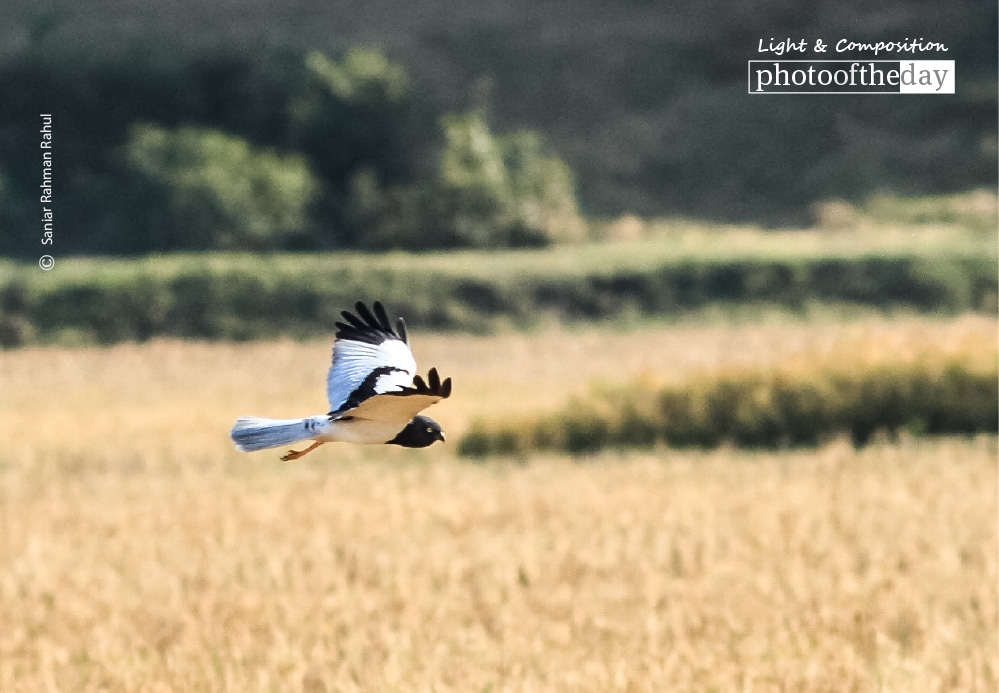