Taken at Nilphamari, one of the north most districts of Bangladesh, this Blue Throated Barbet is an Asian barbet with bright green, blue, and red plumage, seen across the Indian subcontinent and Southeast Asia. They get their name from the bristles, which fringe their heavy bills. You can often find then eating fruits and insects in evergreen forests, deciduous forests, gardens, orchards, teak forests, and cities with fruiting trees. 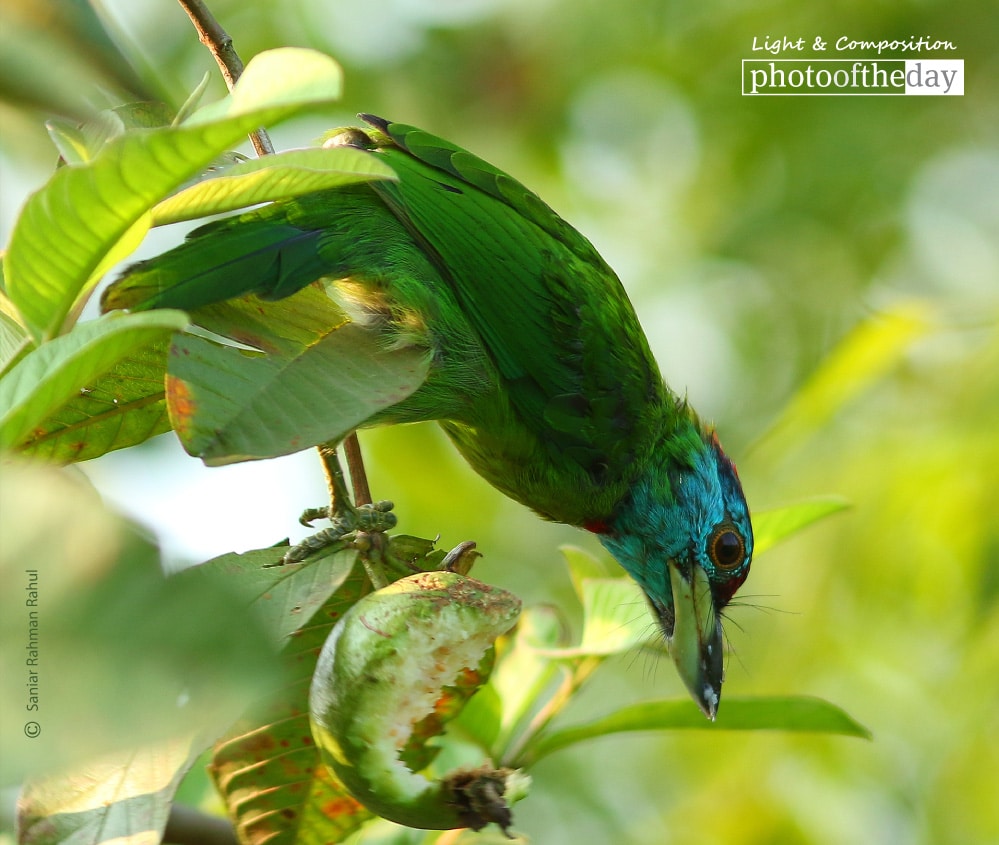