My 6 year old son and I usually walk home from his school when I pick him up. I always have my camera by my side. I never know what I will see or catch my son as he gazes in various shop windows checking things out. We were walking by a shop that had goods outside. As my son was looking around I noticed this little girl gazing at me while she waited for her mother. I quickly caught her sweet face and eyes as she looked at me. 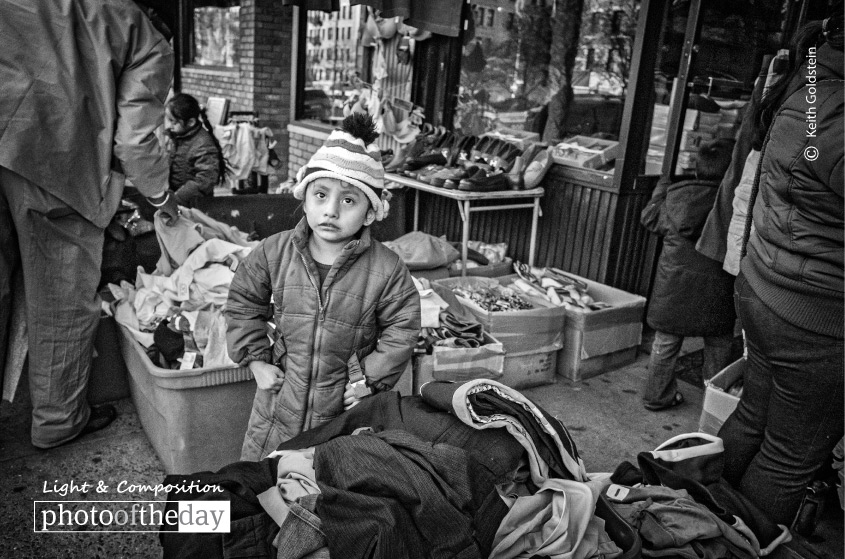 Subscribe Now
A Path across the Rice Field, by Ryszard Wierzbicki