It was my previous tour to the sea, in New Digha in WestBengal. The first day was a failure as the sky was overcast. On the next day, we went to Udaypur sea-beach and stayed there from 4:15 a.m for the fishermen. Perhaps it was 4:50 a.m. and had a little bit of light. They started their activities for the next voyage that gave me the opportunity to present them in that fashion. Unfortunately it was a hand-held shot as I was also on the water. No chance was there to place tripod on the sand with waving water. 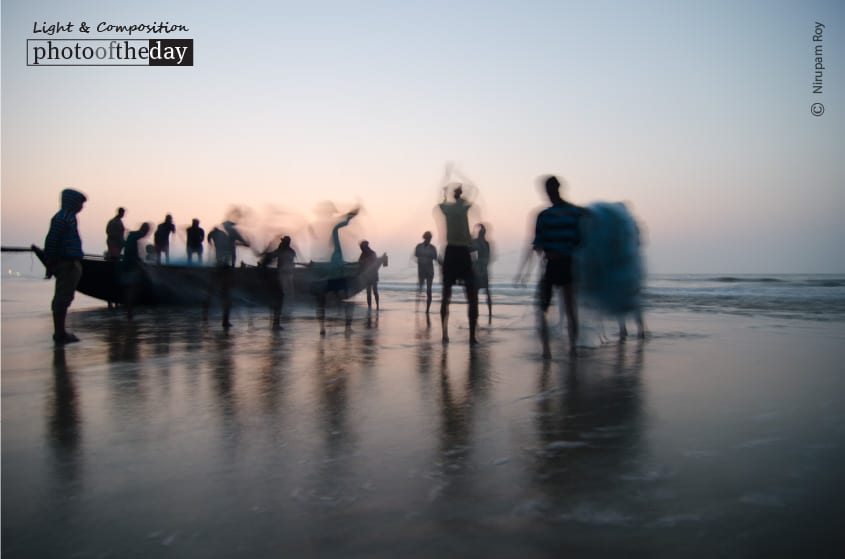 Poverty Does Matter by Rishika Sahgal

Subscribe Now
Instruments behind the taste, by Tanmoy Saha