It was a chilly day as I was walking home from an errand. As I passed the local branch of the public library I saw this man looking out through the window. I quickly captured him looking at me, looking at him. As soon as our eyes met, he turned his gaze from the window. 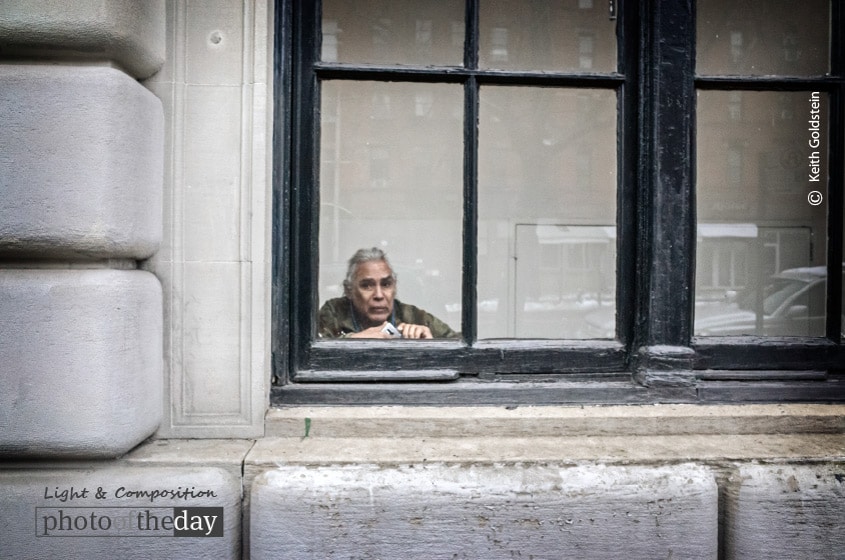 Award Winner: Photo of the Day | August 05
Award Score: 69.5 (Value 13, Clarity 13, Composition 18, Style 13, Skill 12.5)
Photo of the Day Award Category: Street Photography
Photograph Location: Somewhere over the eastern coast of the US on the way back to New York | The United States

No Trespass, by Ronnie Glover

A Ladybug on the Grass, by Bawar Mohammad
Scroll to top wpDiscuz