I was in the safari jeep and entered the park area pretty late. Since Tigers are nocturnal animal we were told we will have lesser chance of a sighting as day would progress. We suddenly heard a warning call by the monkeys and deer and after sometime it stopped. We waited and waited anxiously. We again heard the warning calls. Which means the tiger was now moving again. We soon spotted her (Forest guides said it’s a 3 years old cub). She finally came on to the track and walked slowly for sometime and then lied down watching us with careful eyes. 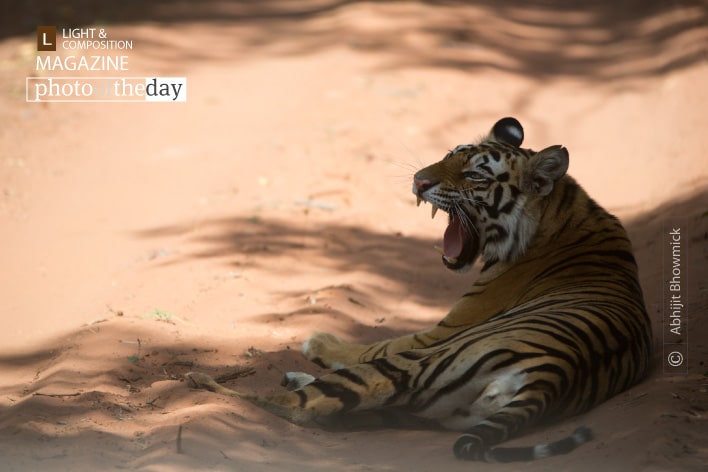 Going Back Home, by Hirak Ghosh

Really awesome photography. Thanks to Abhijit for his stunning work.