We did family vacation trip to western states of USA in October 2012. Zion National Park in Utah was probably one of the most exciting places we have visited. The first time impression of the park, as soon as you enter it, is jaw dropping – so nice is nature creatures. After the tunnel we made short stop and I made this photograph. Some cars are waiting on the side of the road for the sunset. The beauty of this place is difficult to describe. 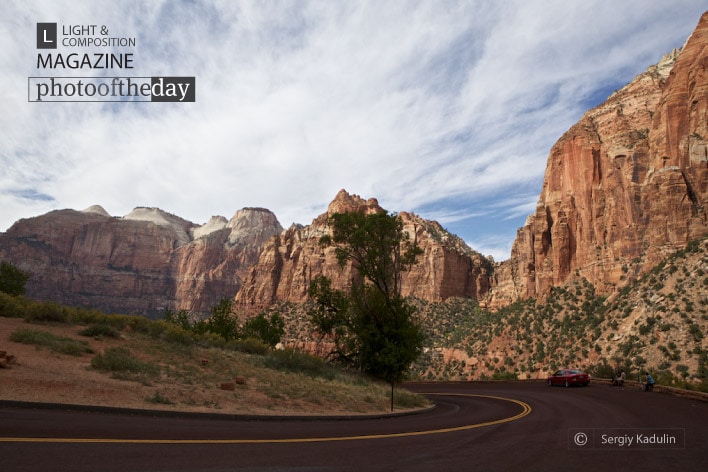 Footprints in the Sand, by Tisha Clinkenbeard

Left out in Loneliness by Jose Juniel Rivera-Negron

An Exclusive Interview with Sergiy Kadulin