I worked as a freelancer for a company in Innsbruck, Tyrol, which had the advantage that on the weekends I often had some spare time where I could hike in the fantastic Karwendel mountains. This time I arrived quite late in Innsbruck and drove up to the Hinterhornalm and then hiked to the Walderalm nearby, although it became already quite dark. When I arrived at the alp, I found this place where it seemed as if everything in the scenery was ‘V-shaped’, including the mountains in front of me and the clouds. I chose a very long shutter speed to let the clouds come towards me. 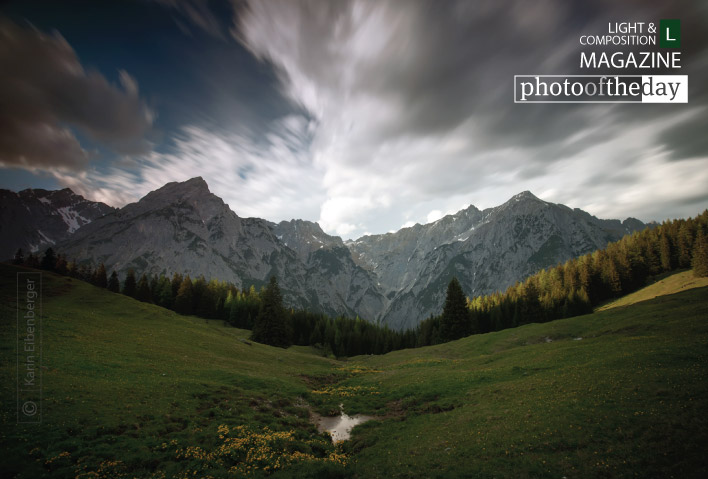 Beauty of Nature by Sourav Das

Subscribe Now
Interior of the Grand Colosseum, by Achintya Guchhait