It was early Saturday morning in the beginning of November, when I did a photo work by the streets of my native city. I met first sun light at the bank of Dnieper River, but later on decided to climb up the Volodymirska Gorka, hill in the center of Kyiv, famous by the monument of St. Volodymyr. The sunrise was trying to break through the early morning fog, making mysterious look of the park and surroundings. The nature was still, however full of songs of early birds. I included benches into the frame to symbolize purity of the morning and silence. Left to the bench is a stone monument – symbol of ancient time passing by, giving you another great reason to stop and think of your life… 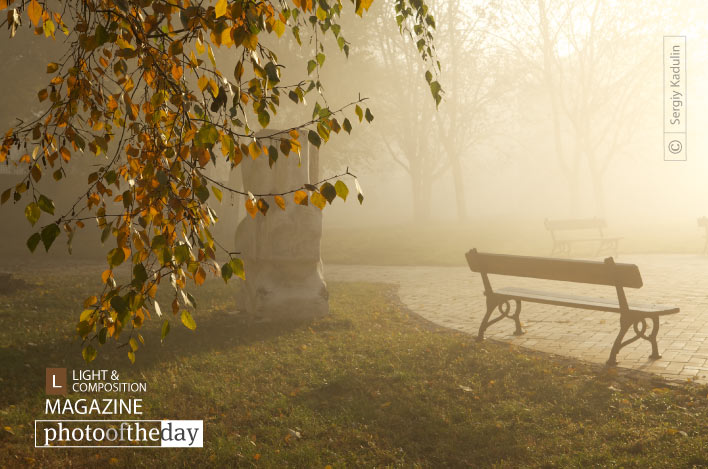 Wonders of Nature, by Simran Nanwani

How beautiful. Love this photo very much.