While spending a romantic week-end in Rome with my wife, we were wandering around the National Monument to Victor Emmanuel II after lunch when we jumped into Via Margana. That small street caught my eye since it was so different than the other ones… Peaceful, no tourists, great light, just cars and scooters parked all along and that old man coming back home from the market. Then, I could not resist and took that picture from scratch with my camcorder since my left my DSLR at home, just because… it was so Italian. 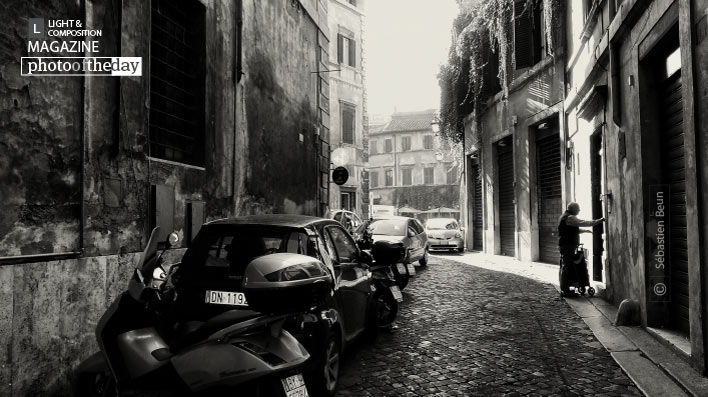