“This hotel pool was so still (since people left for the beautiful beach) that it was almost like a solid reflective surface. The se-metrical look and feel of the scene is what drives the attention to the beautiful surrounding trees, which makes it look like a desert oasis. The setting sun is what gave the final touch to such beautiful scene”. 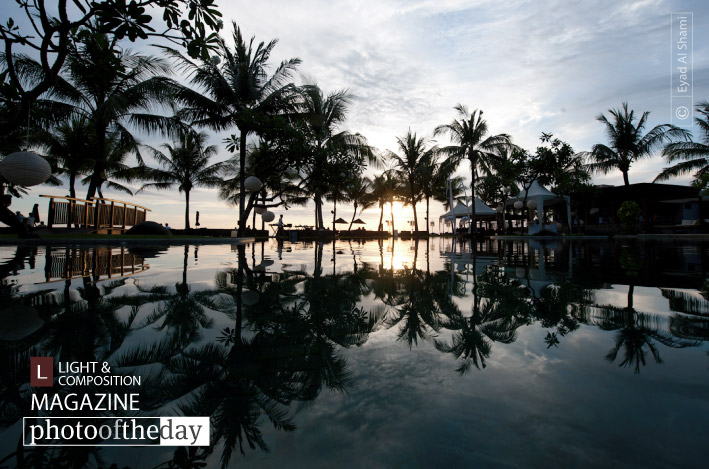 Boys on the Swings, by Ryszard Wierzbicki

The Blessing Trick, by Ryszard Wierzbicki

I Never Want to Understand

lovely
it shows nature as a mirror to reflect it own natural beauty.