On one rainy day while waiting for a train I happened look down from the platform and noticed an interesting stripe of the zebra crossing which was newly painted. I took out my camera and waited for somebody to cross the road using the zebra crossing until I found one that formed a nice contrast of blue umbrella against the vibrant yellow of the newly painted zebra crossing. The crisp colors were also helped by the drizzle in the evening which removed all the dust and haze that might linger in the atmosphere. 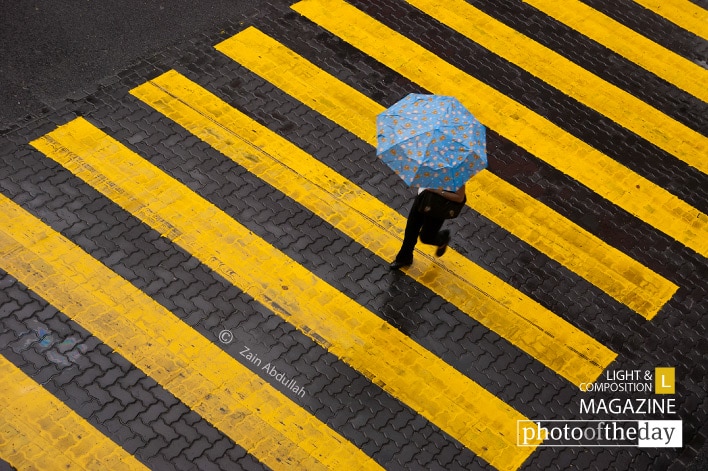 Photographer:Mat Zain Abdullah (Kuala Lumpur, Malaysia)
Zain Abdullah is a Malaysian self-taught photographer who enjoys taking pictures since he took up the hobby in 2003. He has fully converted to digital since 2008 and is now using Nikon D80. Some of his photographs have been published by local as well as international magazines although he still prefers to remain as a hobbyist. He loves shooting architecture, people, street scene and landscape most. More of his photographs can be found at his website and his photo blog as provided below.

When the Eyes Speak, by Preeti Patel
Scroll to top wpDiscuz