Not all the countries of the world could uphold themselves through their unique taste and treasure. India is a sure exception. The rich cultural heritage of India makes it renowned among the world. Do you know about the ancient and glorious traditions of India? The exclusivity of India’s culture lies in its diverse colourful rituals and traditions. Raksha Bandhan (the bond – Bandhan; of protection – Raksha) is one of them. 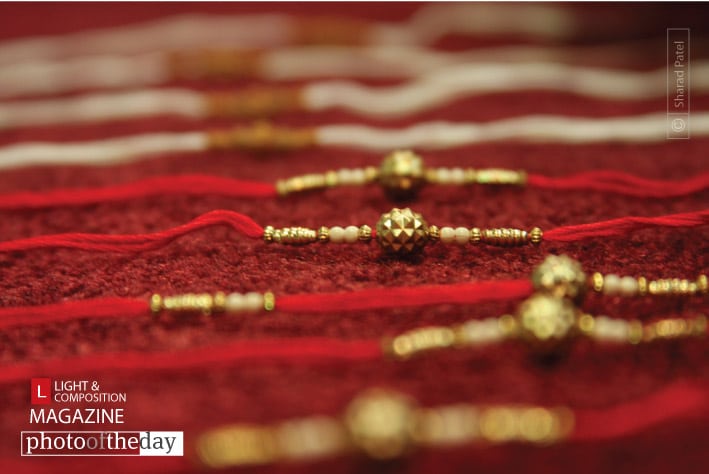 It is a traditional Indian festival where the relationship between Brothers and Sisters is celebrated. In the ceremony a sister ties a rakhi (sacred thread showed in the picture) on her brother’s wrist. This act symbolizes the sister’s love and prayers for her brother’s well-being, and the brother’s lifelong vow to protect his sister.

Isn’t it sweet? Do you have this kind of traditional practice in your culture? Share with me, I would really like to know! The picture is taken by photographer Sharad Patel. Do you like the photo? Don’t forget to tell me!

Under the Twilight Sky, by Tamal Debnath
Scroll to top