A few years after I started working, I visited Jakarta on business trip. It was late 1990. When we were on the road between hotel and office, there were a few paperboys selling newspaper to car drivers and passengers. There was traffic congestion, and the vehicles moved very slowly. The paperboys were very young. 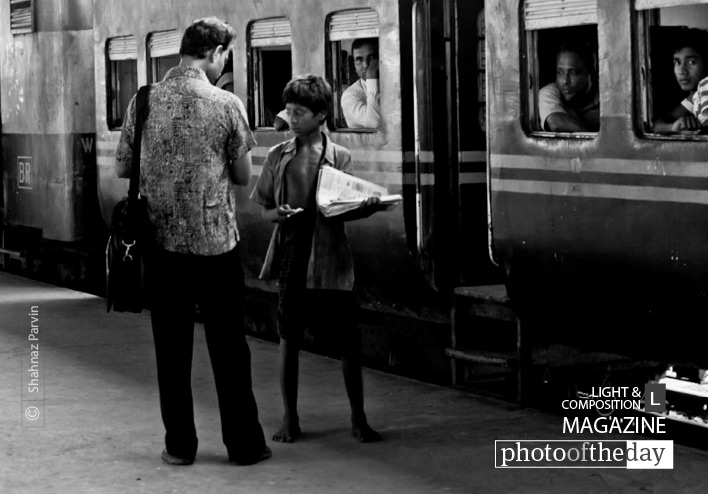 When I first saw this photograph taken by Shahnaz Parvin, my mind straight away connects the incident I had in Jakarta, although it was so many years ago. That scene of kids selling newspaper on the road was an abnormal scene, and has proven to be unforgettable by this photograph.

Written by: Siew Bee Lim
Inspired by: The Paperboy, by Shahnaz Parvin

Beauty within the Season

Make a Run, by Shahnaz Parvin

Kaleidoscope with a Twist

The Beginning of a New Day

The Girl with a Red Rose, by Shahnaz Parvin
Subscribe
Login
0 Comments
Inline Feedbacks
View all comments
A Fisherman from Amphawa, by Ryszard Wierzbicki