Can you feel the wonder of this world around us? Even in the tiniest and simplest object that creates a marvelous parable? It takes us to the question, is the reality really beautiful than fiction? In fiction we create marvel at our own wish, but here in reality these wonders, even from the tiniest objects often astound us. Seeing the photograph of droplets on Peruvian Lily, after a recent rainfall creates those astounding questions in mind. An undeniable question on the existence of reality and our fantasy, where the line between these is on the point of diminishing. Don’t you think reality is far more beautiful than fantasy? 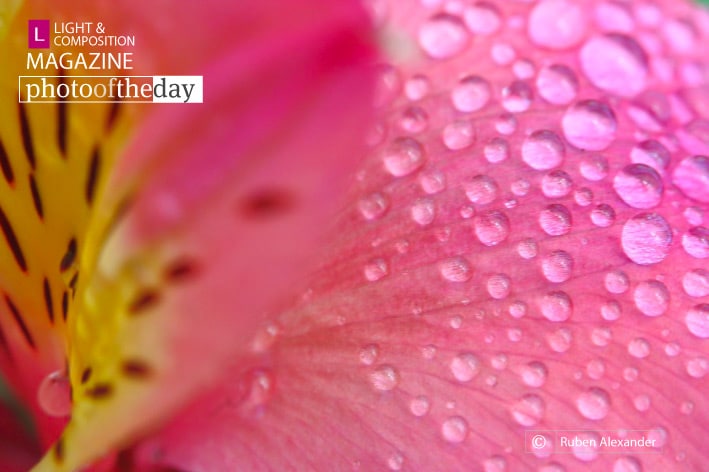 Photographer Ruben Alexander has captured this on a flower show at Lalbagh in Bangalore, which became even more magnificent after a rainfall. Don’t you think we should be grateful to the One who allowed you to feel His creation? The master work of the Master above, the Almighty Allah, the Creator…

Source:
Photo of the Day | July 08 | Intrigue! by Ruben Alexander

Stand for, Stand With

In the Midst of Multiple Worlds

A Moment to Breathe

The Light is On, by Zahraa Al Hassani
Scroll to top wpDiscuz