Stairs are one of the most attractive and interesting features of a building. It connects the space vertically and with its unique graphics it also presents well in paper. But there is something more about old staircases, they are neither just another feature nor a mere vertical connector, they are so much more. They are like those heirloom pieces in the jewelry box with lots of history, from every generation, with every person who used it, still preserving its origin. 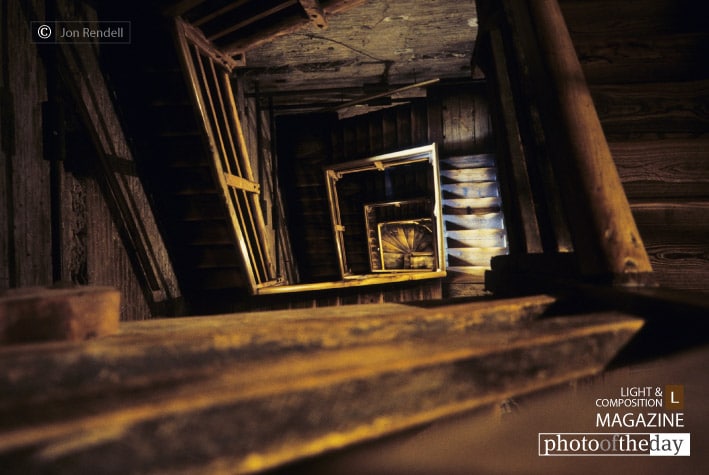 In this photograph Jon Rendell really captured the emotion of that heirloom jewel of the wooden staircase in one of the many campaniles (bell towers) of Bologna, Italy, don’t you think?

Article written by: Sadia Naheen
Inspired by: Photo of the Day | February 17 | Staircase, by Jon Rendell

Let there be Light

The Crossroads of the World

In the Quest of Beauty

What Would Our Ancestors Think?