Why do people enjoy adventure? Why does man venture from his comfort zone to embrace feelings of uncertainty that come with adventure? Is it just for excitement or for fame? What do you think? Maybe its hardwired in our genes and this is why we are still around today. Man wants to taste the obscure air, the feeling of venturing into unknown territory allures man to drive into the unfamiliar. 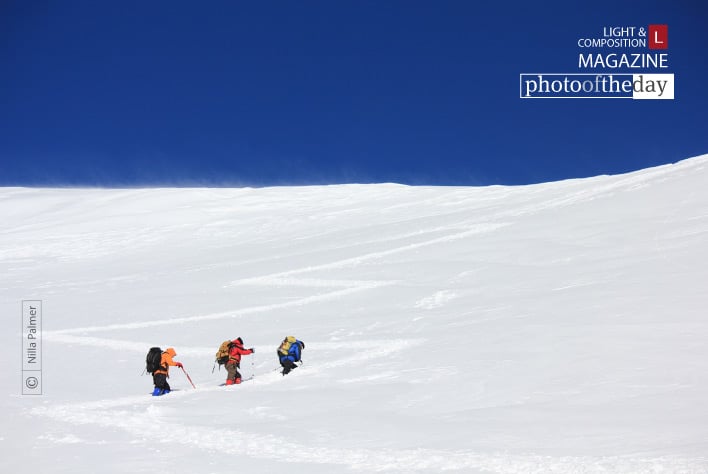 This photo was taken at Volcano Villarrica (Pucón, Chile), which is one of the most active volcanoes in Chile. This climb challenges the extremes of endurance in both young and old; and is also the world’s most climbed tratovolcanoes. But, imagine the feeling when you achieve this almost impossible climb; the triumph and elation you taste…Photographed by Nilla Palmer (Brisbane, Australia), which beautifully captures the quest of the adventurers through the fresh white snow towards the unknown in the distant blue horizon. This photograph creates an otherworldly effect, which inspires people to turn to adventure again and again. Does this photograph affect you in this way? Share your thoughts…

Source:
Photo of the Day | April 08 | Ascent, by Nilla Palmer

In the Quest of Beauty

In All Weathers, by Nilla Palmer