A Momemt just before the train is about to leave the station, and people are going in and out of the train. This Photograph was taken at Madhyamgram, West Bengal, India. 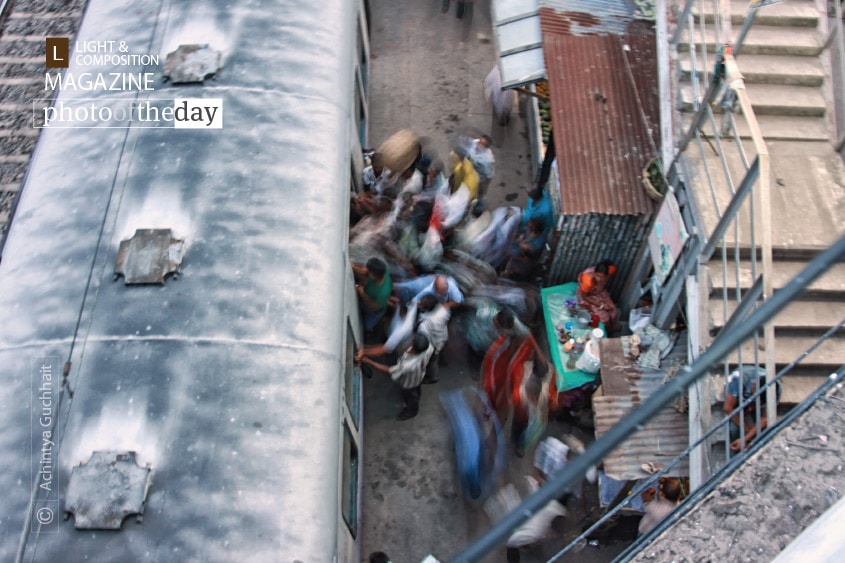 The Fish Peddler, by Sandeep Nair

For a Greener Progeny, by Kamalesh Das

The Ark of Noah, by Nirupam Roy