In the Kalenga forest range of Rema-Kalenga Wildlife Sanctuary, there are few tribal villages. We came across one while doing bird photography. There I saw this shy little kid, hiding himself, but once in a while was coming out from his hiding, like playing peekaboo, I see you! I took this photograph in one of those moments. 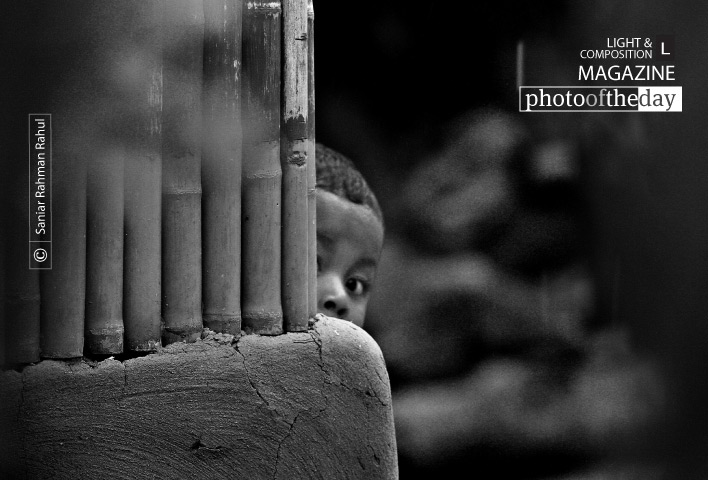 Giants in Conversation, by Nirupam Roy
Scroll to top