Just before entering into the Rema-Kalenga Wildlife Sanctuary, a protected forest and wildlife sanctuary in Bangladesh, I saw these birds on rice fields, where local farmers have just planted the rice seeds. These Red-breasted parakeet birds can easily be identified by the large reddish patch on their breasts. 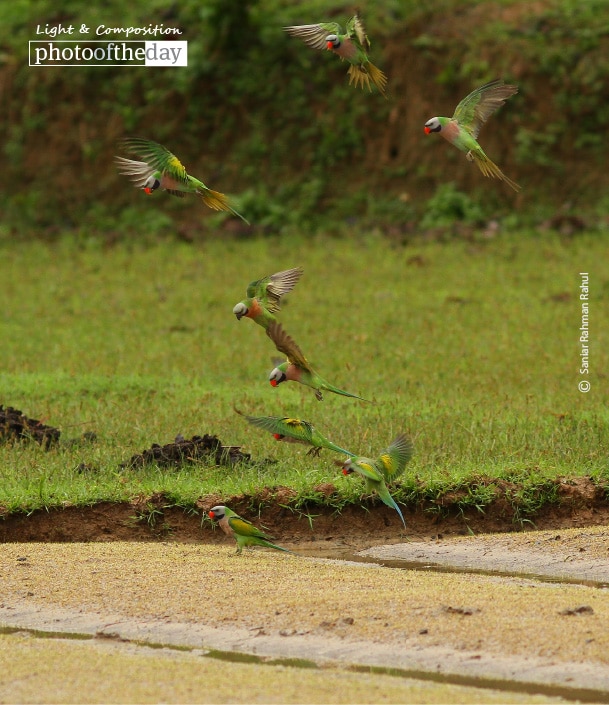