While exploring Northwrn India I stopped at Agra to visit the majestic Taj Mahal. We explored the whole site even up to river behind the Taj. This shot of the boatman was taken one very early morning with the mist still lingering over the area. The boatman turn the boat 360 degeres around with his oar. I waited until I had the Taj behind him and took a few shots. 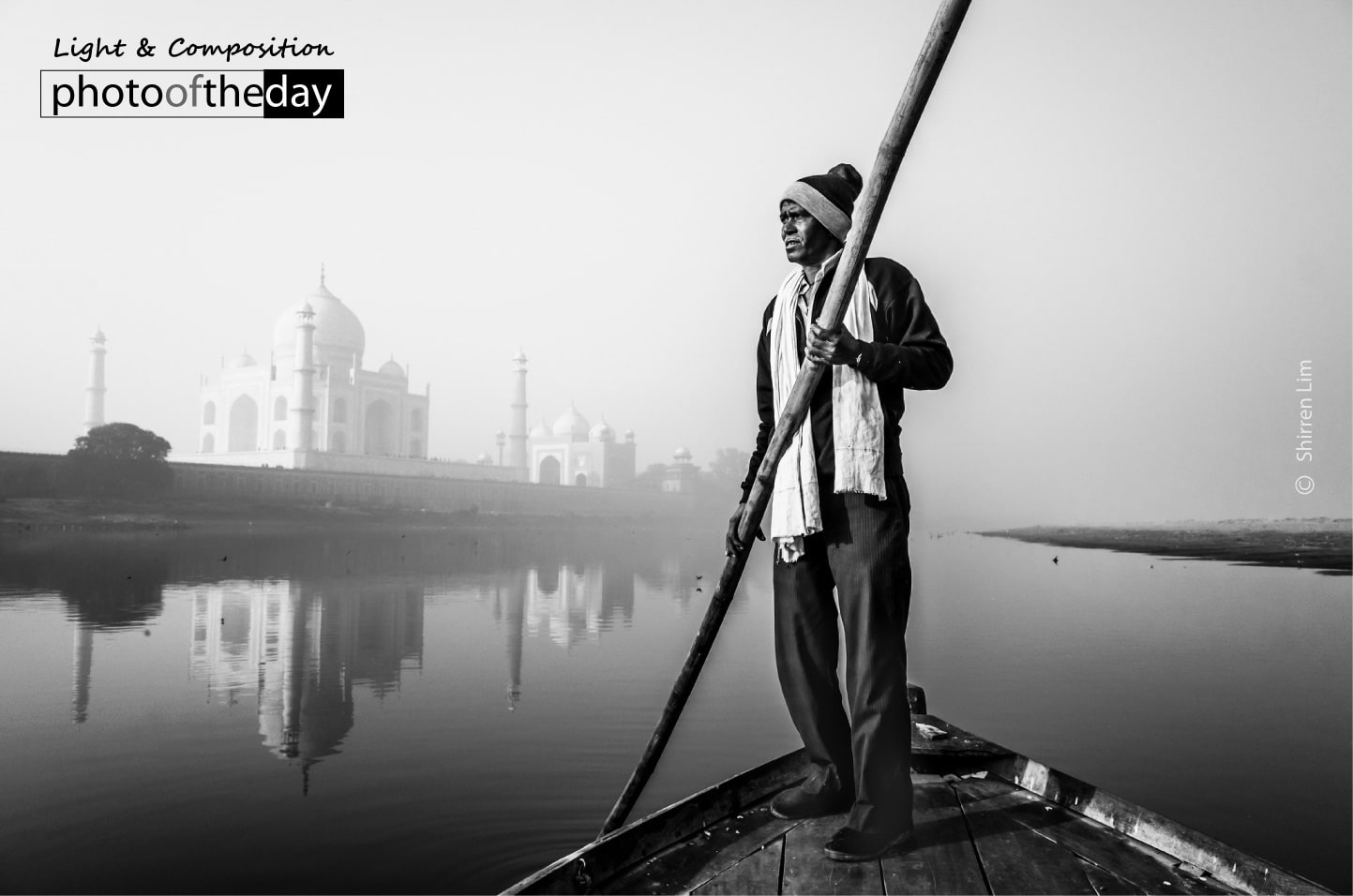 The Symbol of Love, by Subhashish Nag Choudhury