The beauty of a historic city is intensified with the evening. The lights of the buildings shine with the mountainous background. A magnificent contrast. 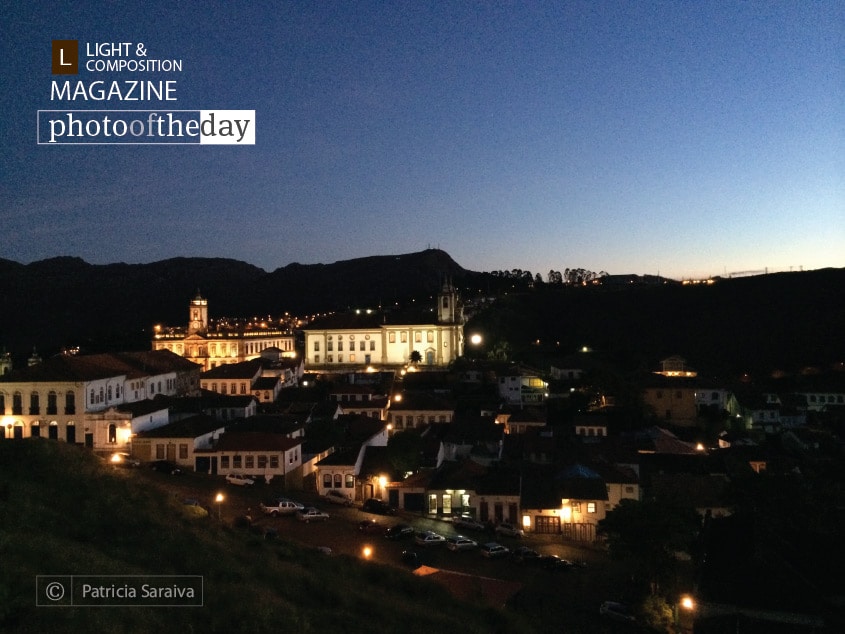