An Indian woman in Delhi. Delhi, the ancient city, the land of Mogul Kings. Though it is the second-largest metropolis by population in India, but the memories of Delhi reach far, far back before the time of Mogul. Looking at the woman, seems that she represents that lost memories of India with her tradition. 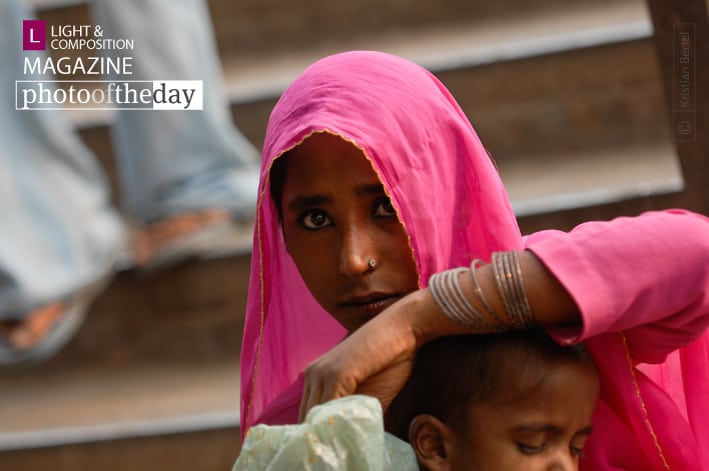 A Gypsy Girl in Dharavi, by Kristian Bertel

The Transformation, by Karan Zadoo